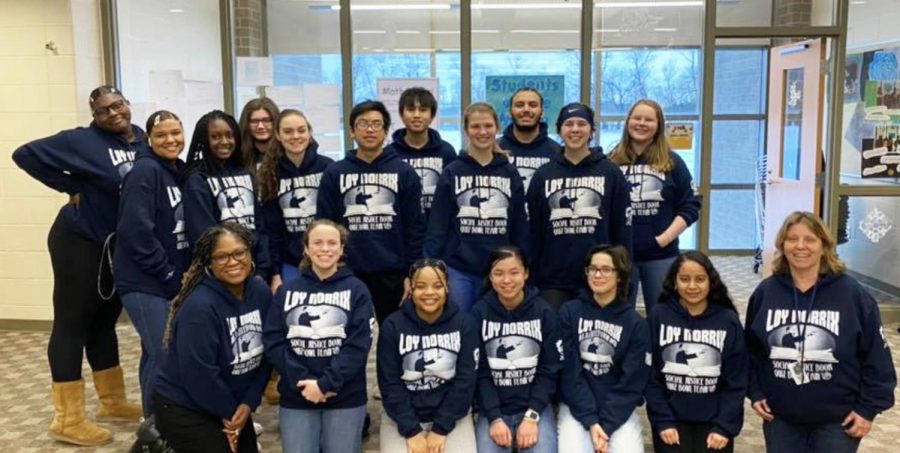 Book bowl returns to competition to compete against kalamazoo central. The Book Bowl team has won for 8 years in a row.

The teams this year are already doing well by making it through the elimination rounds. Although winning is the goal, more important than the win is that students learn about social justice issues facing America today.

The book quiz bowl team members have worked since October to read, annotate, and learn books well enough to be quizzed over them. There are four teams, two of them consist of 9th and 10th graders, and the other two have 11th and 12th graders.

There are two competitions, one is the elimination round and one final competition. The coach, teacher Sveri May, has been a coach for years and both teams have won for more than five consecutive years in a row.

First-year member Yacine Lo was on the winning team during the elimination rounds. Lo is thankful that she has been able to be exposed to different books and even though she joined because of her friends, she ended up really enjoying many of her experiences participating in book bowl.

“I originally joined because my friends asked me to, and I stayed because I enjoyed the people and the books we were reading and the entire thing was just fun for me,” said Lo.

This year the books focused on immigration issues, feminism, and rape activism. Even though the objective of the Social Justice Book Quiz Bowl is to read and memorize facts about and from the books, because the topics are important in today’s society, students frequently find themselves talking about the messages the books sent.

Returning member Jayda Smith is thankful for the things book bowl had introduced her to, including new friends and a chance to discuss key issues that she may not have a chance to engage within other circles.

“I joined book bowl again this year because I have grown to love it, and we have some really great discussions about current events that should be discussed more,” Smith continued, “and I think it’s cool that it creates this space to discuss these topics more.”