The truth about New Year’s resolutions 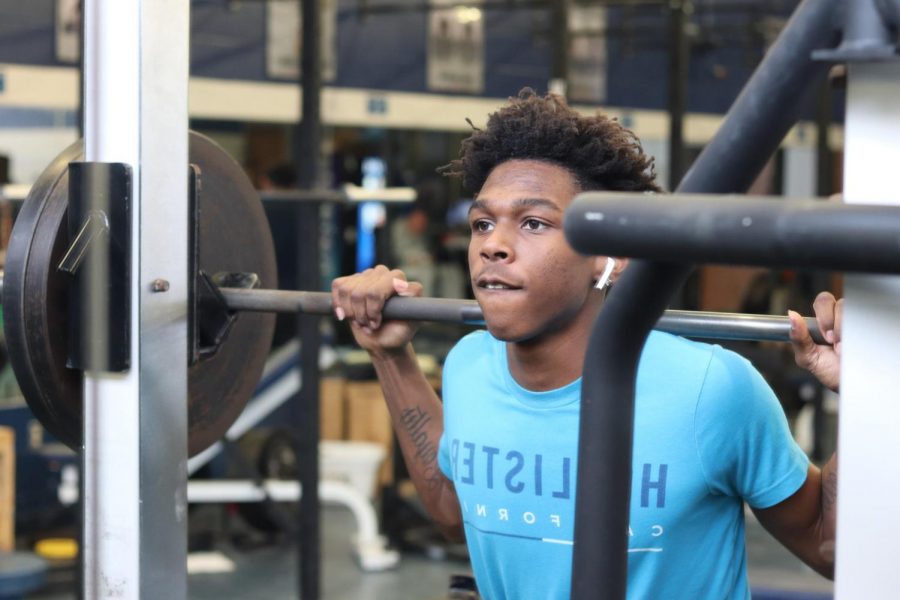 Junior Ja'Mari Jackson works out in the Loy Norrix weight room to start the New Year off right. Jackson plans on continuing to workout throughout the year.

New Year’s resolutions are a long lasting tradition among many people, but are they truly effective?

“In a survey conducted by NPR and The Marist Poll in November and December, 44 percent of 1,075 American adults said they were likely to make a New Year’s resolution. Among them, 13 percent set out to exercise more, making it the most common resolution,” stated CityLab.

Many sit down during the month of December and start to jot down ideas before January 1st comes along. Once the big day arrives, people are ready to go the extra mile. People tend to stay strong for the first month or so, maybe even just a week. Once March and April roll around though, people tend to get distracted, unmotivated and just “too busy” to keep up with their resolutions.

“I think New Year’s resolutions can be bad but good because you should be able to make a change when you want to, not because numbers on the calendar changed,” said Loy Norrix sophomore Neida Jaimes.“I kind of have some resolutions. I just wish to be happier this year.” Gym memberships tend to spike when the New Year comes. One of the number one resolutions for the New Year tends to involve some sort of fitness, whether it be getting more in shape, training for a marathon, or attending a soul cycle class once a week.

“More than 12 percent of gym members join in January, compared to an average of 8.3 percent per month for the full year, according to the International Health, Racquet, and Sportsclub Association (IHRSA),” stated from U.S. News.

Gyms always have great deals around the New Year for signing up for memberships, because they know of all of the people whose resolutions include fitness. However, not everyone continues to go after the first month or so. Like many things, New Year’s resolutions only work if you do the work. If you don’t put forth the effort to achieve your goal, you will be at a standstill with yourself.

“I feel like they’re a good tradition to have because sometimes people actually go through with them. I don’t have any because typically I fail after the first month,” said junior Ben Sanford.

Start your New Year’s resolutions! You may already have some in mind, but start to organize. Organized ideas are the key to success. If you are not organized, you will often find it troublesome to even begin the process of starting it.