A new public announcement system adds safety, but is still being perfected 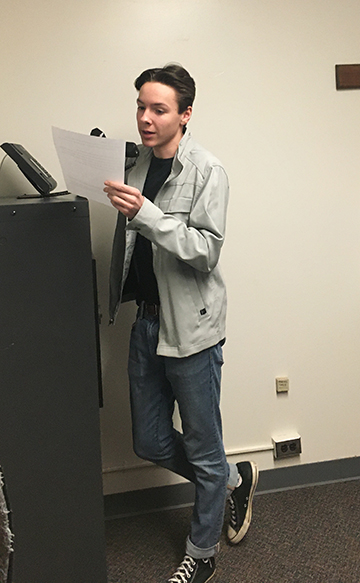 Over winter break Loy Norrix had an update to the intercom system which changed the sound of the bells, the quality of the speaker system, and added a chime to the beginning of the announcements. The new system was obtained as a part of grant that was from the state police, to be used to upgrade the public announcement system.

“The new system allows us, instead of only doing all calls [announcements addressing the whole school] if we only want to send a message to let’s say the hallways, we can program it and it will only do the hallways,” said Loy Norrix Principal Christopher Aguinaga. “Or if we only want to send a PA announcement to the B-wing, we can send it to the B-wing,”

The new system is able to address the outside of the building as well as the inside, which in the past the system was unable to notify students and staff outside of the building. However, with all new systems, there are some issues that need to be fixed. Like with time the bells ring and certain lunch bells. All of these issues are being worked on.

“I think the biggest change is that we are still trying to get aligned to the clocks,” said Aguinaga. “So the clocks and the bell systems are two separate pieces of technology, so getting them refined on the same second schedule we are finding to be a little difficult. So we have a contracting company. We need to get the bells and the clocks perfectly aligned so the moment that it hits [*snap*] 7:33 in the morning, that’s when the bells should ring. Right now it’s ringing about 7:28 and 40 seconds and that’s problematic so we gotta fix that,”

As for the lunch bells, it also has to do with the alignment of the bells to the clocks. They are also working on fixing how the announcements are muffled, by increasing the volume. With this new system there are a lot of new features that allow the administrator  easier access to be able to make announcements.

“If there ever was an emergency situation, it allows for any of the administrators to use a variety of different phones throughout the building to communicate with the building This new system allows us flexibility. I could be in almost any wing in the building and I can make an announcement to anybody,” said Aguinaga.