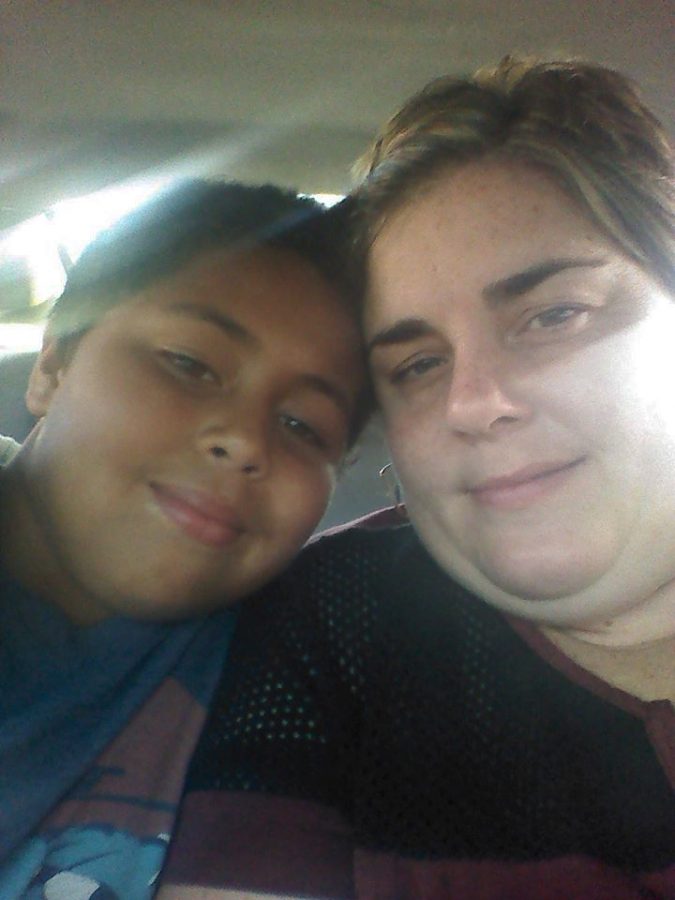 Freshman Xavier Hegler leans in for a photo with his mother. It is pictures like these that he looks back on to be reminded of his mother.

When Loy Norrix freshman Xavier Hegler was twelve years old, he went through something that no one should ever go through. On May 24, 2016, his mom died from a blood clot in her leg.

A blood clot is a clump of blood that has changed from liquid form to a gel form. Clotting is a necessary process that can prevent you from losing too much blood in certain instances. Clots can build up in your veins and can’t dissolve on their own. Some of the symptoms Hegler’s mom might have had going through this are swelling in the leg alongside major pains.

“I cut a lot of people off and cover myself,” said Hegler about how he backed away from friendships to deal with his grief alone.

As he went through this pain he learned a coping skill that still affects him today; binge eating. Binge eating can be used as a coping mechanism in times of grief.

According to the Help Guide website, in the article Binge Eating Disorder, written by Melinda Smith, M.A., Lawrence Robinson, and Jeanne Segal, Ph.D. “Binge eating is a common thing to do when you are sad or bored.”

When Hegler’s mom passed, things changed around the house. He no longer had a cook, no one to help with his laundry or dishes, but worst of all, no one to talk from a mother’s point of view.

This didn’t last for long, however, because his aunt stepped in and now raises Hegler. He says he loves his aunt, as she has helped him tremendously to become the man he is today.

Hegler now has pictures to look back at. As he goes through the pictures on his mom’s Facebook he laughs. “I can’t believe I was so skinny, and look, that’s me and my mom,” said Hegler.