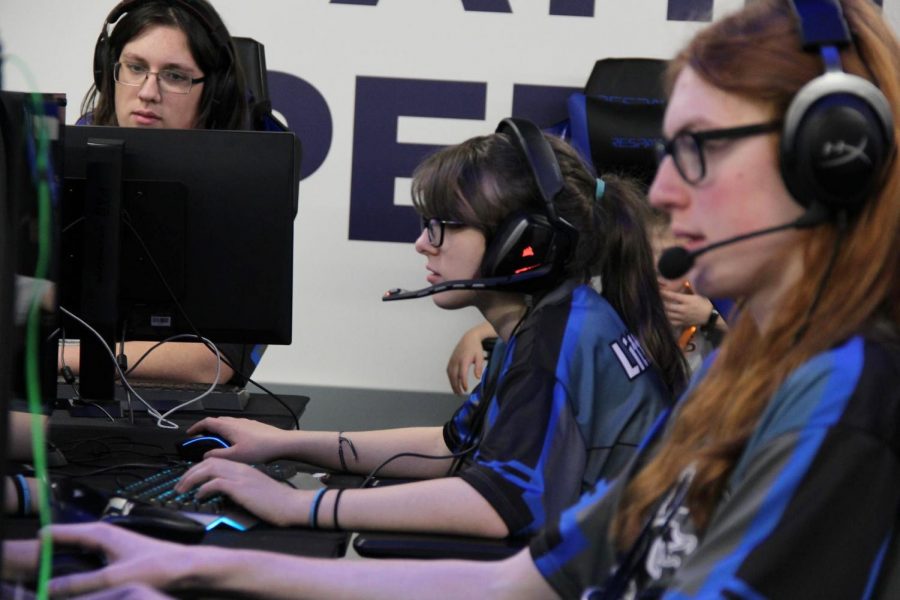 Junior Sophie Decker and other members of the Overwatch team are shown playing Overwatch. They are competing at the 2019 esport MiHSEF finals in Midland, Michigan.

“The Overwatch Team just kinda feels like a little family because we have grown together, and we are planning to stay friends for the rest of our lives,” said junior Sophie Decker.

Sophie Decker is a member of the Loy Norrix Overwatch Team. Decker plays on the Overwatch team with her friends having joined the team her sophomore year for a more organized, competitive way to play video games.

From “What is eSports” by AJ Willingham, “esports describes the world of competitive, organized video gaming. Competitors from different leagues or teams face off in the same games that are popular. These gamers are watched and followed by millions of fans all over the world, who attend live events or tune in on TV or online. Streaming services like Twitch allow viewers to watch as their favorite gamers play in real time, and this is typically where popular gamers build up their fandoms.”

Decker has been playing Overwatch since middle school with her best friend, senior Jackson Kiino-Terburg. Overwatch is a team-based multiplayer video game. When she found out there was going to be an Overwatch team she was eager to join.

Decker has made a lot of new friends through the Overwatch team.

There are a lot of ups and downs about being on the Overwatch team, especially with it being your friend group.

“Since it is our friend group it brings a lot of drama into the team because we are so close to each other. If something happens with our friend group, that directly affects how we play, how we work, it affects our morale. That’s definitely a disadvantage but it’s worth it,” said Decker.

“I really like this overwatch player, Surefour. He’s my favorite of all time. He’s been my favorite since 2017, when I watched him play in the Overwatch World Cup,” Decker continued. “I’m going to see Surefour play in Toronto for my birthday. I think that’s gonna be one of the things that just sticks in my brain, it’s gonna be such an amazing thing to be able to see him in person and see the team in person.”

Surefour encourages Sophie to succeed and improve on her Overwatch skills.