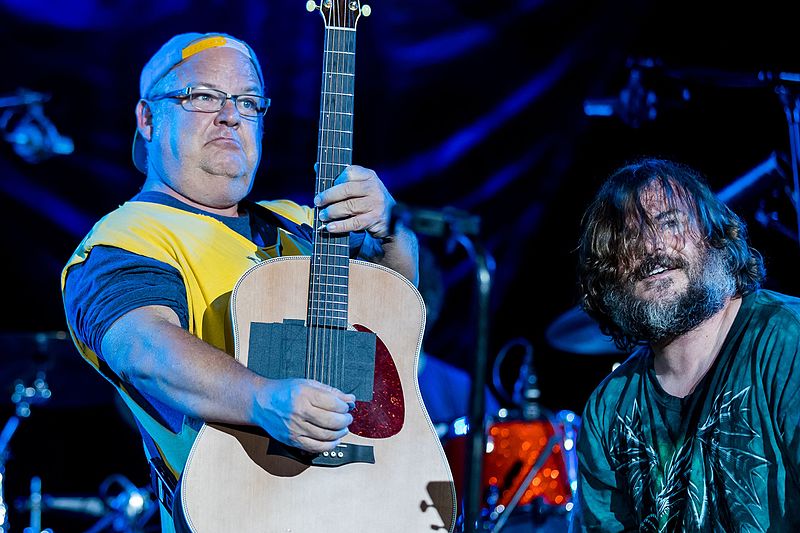 The self-proclaimed “Greatest Band in the World,” Tenacious D, will be making their second-ever stop in town later this year. They will be at the State Theatre in downtown Kalamazoo on September 27 supporting “The Purple Nurple Tour…Twisting Hard to the Left!”

Led by comedians Jack Black and Kyle Gass, the legendary “mock rock” comedy duo has been together ever since their formation for the HBO show “Tenacious D: The Greatest Band on Earth” in the late nineties. Since then, they have released two feature films and four full-length albums mostly rooted in acoustic and metal music.

The namesake and reason for their upcoming tour is part of the “46 for 46” campaign. The program is an initiative to create buzz around the presidential election this fall and increase democratic voter turnout through rally concerts in crucial swing states. Michigan, being one of these swing states, is on their roster alongside others like Iowa, Wisconsin, and Ohio.

Tickets for the show go on sale this Friday, March 6, at 10 a.m. local time. They will be available on the State Theatre website via Ticketmaster.