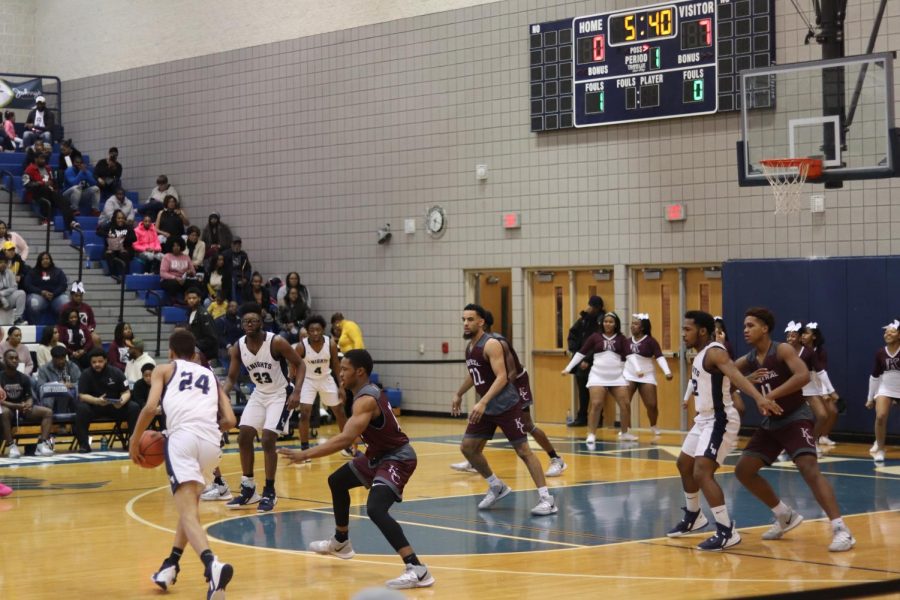 On February 22, 2020, crosstown rivals Loy Norrix and Kalamazoo Central played each other for the second time this season. This is a game many people, including the basketball teams, look forward to, and are the most important ones of the season.

“We came out slow and started picking it up in the second quarter. We worked together as a team,” said junior varsity player Treyten Allen.

Although Norrix fought hard throughout the game as a team and tried their best to take the win against the rival school, unfortunately that didn’t happen.
“I go to every game with the mindset that we’re gonna win,” said senior Joshua Mabon Cooks.

The start of the first quarter, the Knights had the lead for a few minutes, but the Maroon Giants ended up coming back harder during the second half of the game, scoring multiple points which led into the Knights not being able to push past them.

The Norrix Knights’ student section was very attentive and making sure they were cheering on the basketball players. During games like these against crosstown rivals, players always have to make sure they give their all from the first whistle at the start to the last whistle at the end.

Although the Norrix Knights took the loss two times this season, they always have another chance next season.