Exchange student from Korea finds much surprising about US schools 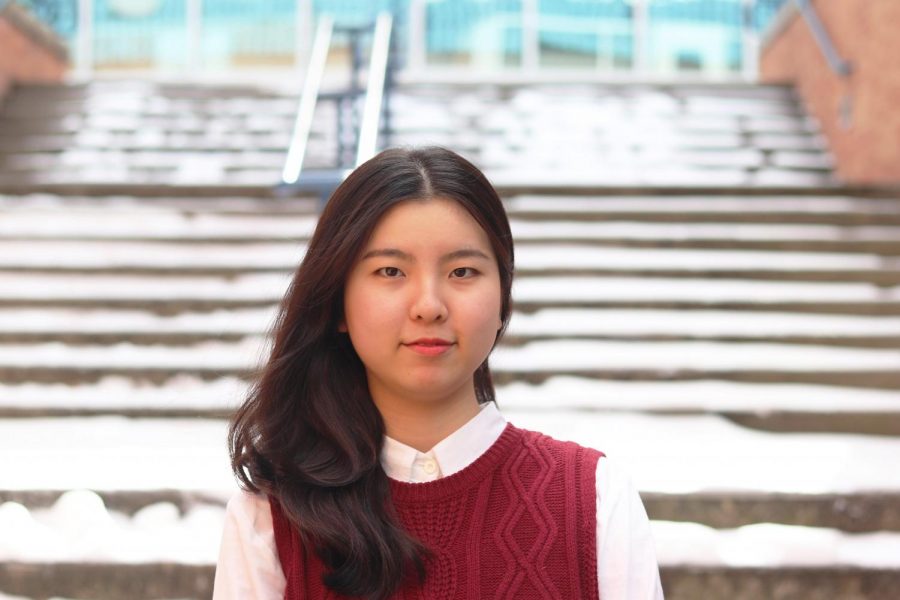 When I told my friends I would be going to the U.S. as a foreign exchange student, they said, “American school, Yellow school bus!!”

I had heard that the school system is different from Korea, so I expected many differences in the schools in the United States. I thought school lunches would be pizza and hamburgers, I would have school parties and sports clubs, and my host family would be really nice. I am enjoying most of these differences, but some of them are beyond my expectations.

First, in the U.S. students move from room to room going to their different classes. In Korea, I had one classroom, and usually teachers came to my classroom. Only when I had PE, music, art, or lab, did I move to the other classrooms.

In Korea, there were about 25 students per classroom, and I spent the whole day with the same students, so I connected with my classmates. The school changes students’ classrooms every year then.

Here, students can choose what subjects they want and can make their own schedule. It was a really surprising thing for me. In Korea, I had a schedule that was made by teachers and it was different from other classroom schedules.

The size of my school in America also surprised me. My school at home was half the size of Loy Norrix High School, and we didn’t even have a pool. Of course some private schools in Korea are also very big and have pools, but most public schools are small and have no pools.

The school lunches are also very different. In Korea, I couldn’t choose the meal and usually there were a few kinds of side dishes and rice. The side dishes always contained some fresh vegetables, meat, fruit, soup.

Even though lunch here is similar to my expectations, I prefer Korean school meals because they are healthier than American school meals. Also, I would be easily happy for meals when there were sometimes pizza, cake, or noodles.

Another difference is that students take the school bus in America. Most of the students in Korea live near to school, so we usually walked to school, rode bikes, and only a few students took public buses. This is the reason my school didn’t offer school buses in Korea.

Also, there are many sports clubs. In my school, there was only one badminton club that my friends and I participated in. Even that was not easy because most of the students only focused on studying and were not interested in sports, we didn’t have enough members of the club. Though we continued requesting our PE teacher to lead the club, and finally we made it.

I used to think that students in the U.S  study less than in Korea because I heard the American schools end around 2 p.m. while my school at home ends around 5 p.m. But now, I think a little differently. Schools in the U.S. end earlier but also start earlier, and break time and lunch time is shorter. I had 10 min break time and 1 hour lunch time in Korea. Thus, the actual time in class is similar to Korea.

Although the total time for class is similar, I still think Korean students study harder. We have after-school studying, called ‘yaja’ or academy. Most Korean students attend at least one academy. When they don’t have any academy on the day, they usually do the ‘yaja’, and they study until 9 p.m. or 10 p.m.

As an exchange student, there are some different things. It is hard to adapt to new things. Though, I still love to experience new things because through them, I gain a wider perspective, and I believe it will help me handle problems in life wisely.