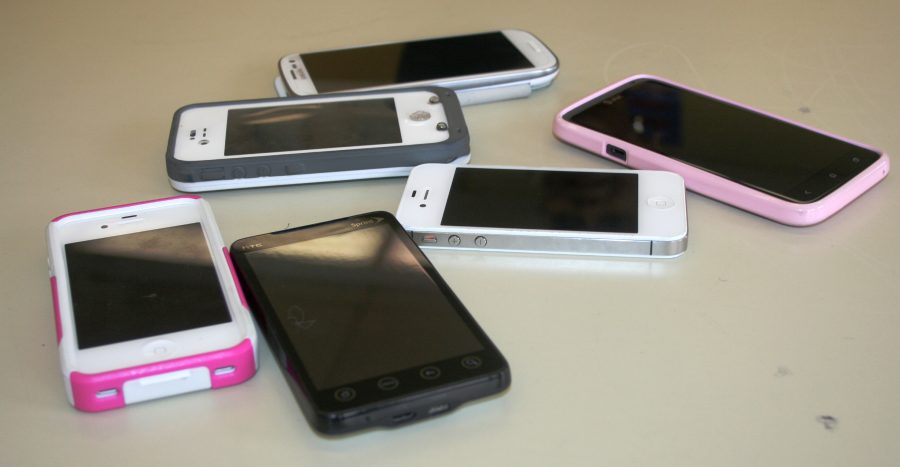 With the recent drop of the iPhone 5, many smart phone users find themselves wondering whether they should go with Apple’s iterative iPhone, or give Android and other manufacturers a try.  The Samsung Galaxy S3 is the closest alternative to the iPhone right now, so let’s compare the two side by side:

The iPhone 5 features Apple’s new A6 chipset, which clocks in a touch above any Android device out there.  That being said, the Galaxy S3 features a quad-cored chipset that puts it just below the iPhone’s blazing speeds, according to Geekbench benchmarking.  Both phones feature similar cameras.  The two phones are so similar in processing that it’s really impossible to tell a difference between them when compared side by side.

In terms of screen size, the Galaxy S3 wins by a heavy margin, boasting a 4.8 inch screen (1280×720) over the iPhone’s 4.0 inches (1136×640).  The iPhone 5 features a crystal clear pixel density 336 pixels per inch, which is just ahead of the Galaxy’s 306 pixels per inch.  Overall, this means that the Galaxy S3 features a significantly larger, but slightly blurrier screen.

When it comes down to it, software is what really sets the two phones apart.  With both phones showing more or less equal specs, it comes down to what the phones can do on the inside to set the two apart. In 3rd party support, the App Store on iOS cannot be trumped.  With well over 650 thousand apps, and over 30 billion downloads, the App Store is a force that cannot be stopped.  At an estimated 5 billion dollars of developer profit, it puts the App Store at well over 6 times the revenue output of the Android. The Galaxy S3 does feature a groundbreaking file sharing system through simply touching phones, as well as some support on the Android Marketplace, but in this generation of phones Apple surely takes the cake for 3rd party support.

After taking all of this into account, it really is a tough decision to make.  The phones each have a leg up on the other in certain points.  It is a tough decision to make between the 7th iteration of Apple’s revolutionary iPhone, or Samsung’s newest phone built to compete.  At a glance, the iPhone 5 is a very solid, stable phone that offers the complete smart phone experience, with the iOS App Store as icing on the cake.