The Trump administration must do more to protect the environment, areas such as the Great Lakes 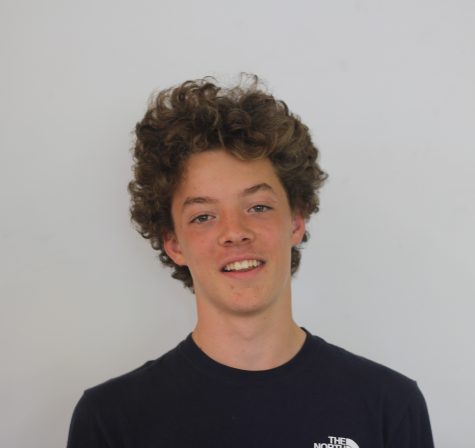 The Great Lakes are one of the most well known landmarks in the midwest United States. According to the EPA; Lakes Huron, Ontario, Michigan, Erie and Superior are home to, “84% of North America’s surface fresh water and also around 20% of the world’s surface fresh water. The Great Lakes are a source of water for millions, but in recent years have been under threat due to pollution, invasive species and other environmental issues.

These issues can have negative effects on many aspects of the lake’s usage, from contaminating drinking water to ruining habitats for native animals.

In 2009, to address these issues, the Great Lakes Restoration Initiative was founded. The GLRI works to create thousands of projects to help restore and protect the lakes and also all of the creatures and plants that inhabit them. This program has garnered bipartisan support for years and continues to to this day.

Despite this, in 2019 President Trump proposed a 90% cut to Great Lakes protection in his budget proposal, going from $300 million to $30 million. Fortunately, he reversed this decision after receiving heavy backlash from Democrats and Republicans alike and soon after backtracked on his previous standpoints at a rally by stating, as presented by ABC News, that he had always supported the Great Lakes, despite his previously proposed cuts.

Not only has President Trump proposed budget cuts to the Great Lakes funding, but also in EPA’s Wheeler grilled by Democrats over environmental rollbacks amid COVID-19 by Rebecca Beitsch of The Hill, the author notes that under his administration, the EPA has become much more lax on their enforcement of regulations for clean water.

As fellow senior Knight Jonna Frayer said, “Trump has completely reworked the EPA. It went from protecting the environment to covering up for the companies that are polluting it.”

For example, according to Microsoft News, U.S. Steel had two instances of dumping harmful metals into a Lake Michigan tributary and somehow escaped punishment from the EPA despite putting the drinking water of Chicagoans at risk with the spill.

The Great Lakes are within the EPA’s region 5, which since Trump was put in office, has initiated far fewer lawsuits against regulation breakers, despite having numerous companies disregarding regulations at a higher rate in the past few years, according to the EPA’s own data.

The Detroit Free Press states in their report As EPA pulls back under Trump, serious pollution rises on Great Lakes
that “In Region 5 in fiscal year 2016, the EPA assessed $1.91 million in penalties against violators of the federal Clean Water Act and the National Pollutant Discharge Elimination System (NPDES) (…) The EPA assessed $1.1 million in penalties for such violations the following year. But by fiscal year 2019, the penalty amount in Region 5 had dropped to $429,774.”

These relaxations of regulations on polluters are incredibly dangerous at a time in which climate change looms large over the world’s future. These loose policies could be detrimental to the future of the region.

Aside from in the Great Lakes region, this administration’s EPA has rolled back regulations seemingly non-stop. In EPA’s Wheeler grilled by Democrats over environmental rollbacks amid COVID-19 from The Hill, Rebecca Beitsch also reports  that companies are no longer required to monitor their pollution during the COVID-19 epidemic. According to Nadja Popovic of The New York Times in The Trump Administration Is Reversing 100 Environmental Rules. Here’s the Full List, this administration has also relaxed rules that limit emissions from companies, along with many more rules that were put in place to protect the environment. Also, possibly the most high profile of these regressions, is the exit from the Paris Climate Accord, which CBS news says is an international agreement that focuses on reducing greenhouse gases, primarily carbon

Now more than ever, strict and heavy environmental regulations are needed. While the Great Lakes are a good close to home example for us in Michigan, countless other areas of the U.S.A. and in the world are being destroyed for the benefit of corporations. This must not continue, and as put by Jeff Turrentine of the National Resources Defense Council in Who Is Andrew Wheeler? (And Why You Should Be Afraid of Him),  having a former coal lobbyist as the head of the EPA is not the direction that we should be heading in at a point in time where we are nearing high temperatures which could make climate change impossible to reverse, which Stephanie Ebbs of ABC News says could  possibly give us only 12 years to implement large scale change to our ways of living and our policies on regulating pollution and infrastructure.

In the words of environmentally savvy Loy Norrix senior Sawyer Spink, “[Wheeler] is unfit to protect the environment because he was appointed by someone who is only out for corporate interests.”

Anyone can help try to combat the environmental issues currently facing us. First and foremost, electing politicians to office that support progressive environmental policies is a great way to help create change. Another great way is writing to your representatives to voice your concerns about the issues. Volunteering for local organizations or campaigns for politicians is a good way to get involved as well. Also, making sure to stay informed through news sites, reading books, or volunteering is very important. We need to create change, and the only way to accomplish this is to have a large scale change in our actions and mentality towards the environment.