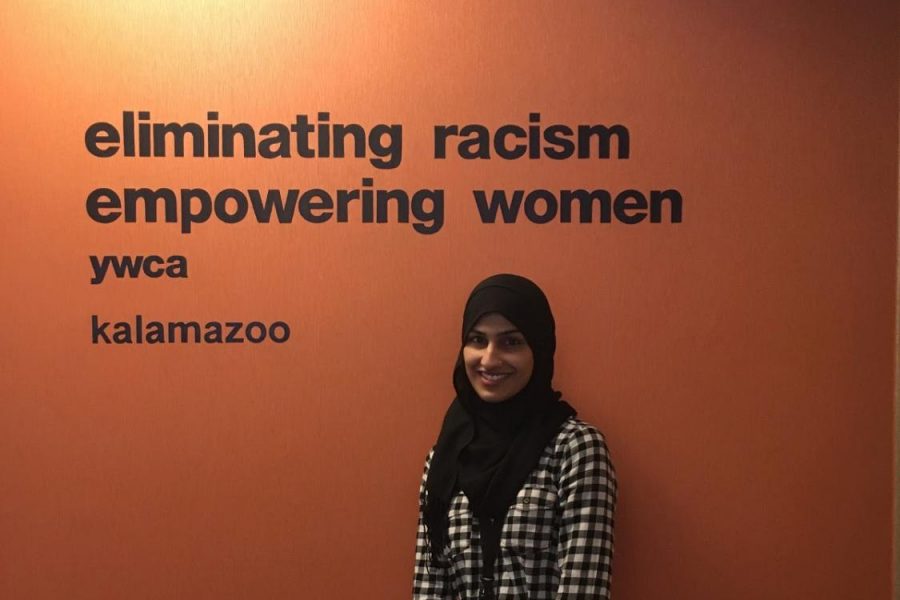 Komal Razvi is the health equity program manager for the YWCA. Razvi believes that home visitation is a major component in solving the issue of racial disparities in infant mortality.

Infant mortality is measured by the number of deaths out of 1 thousand babies before their first birthday in a given area.

The infant mortality rate in Kalamazoo is 12.8; however, according to Cradle Kalamazoo, babies of color are four times more likely to die than neighboring white babies. The race of the infant is more influential in death than the family’s socioeconomic status. Structural racism has been identified as a key cause.

Structural racism is when systems are implemented in policies in social and political institutions that are a product of historical oppression. Structural racism impacts things related to housing, employment, income, education, health care and the criminal justice system, just to name a few. This creates a cycle of poverty and crime in neighborhoods that are already lacking in resources that many others take for granted.

Cradle Kalamazoo has its roots at the YWCA. Demetrias Wolverton has been working with the YWCA for over 4 years, and has been the director of mission impact for about two and a half years.

In 2019, Wolverton accepted the position as the co-chair of the health equity sub-committee. One major goal of the committee is to increase community awareness. The committee is doing this by holding programs for new families such as the community baby showers where parents receive gifts, parenting education and emotional support from the community.

Wolverton wants to spread the message that we need to educate ourselves on these issues.

“We typically wait for the vulnerable community to tell us what’s wrong,” said Wolverton. “We need to begin to wrestle with the concept that we are creating these disparities and need to create the solution.” Wolverton continued, “We’re engaging elected officials; you can only reduce disparities through strong policies and procedures.”

Komal Razvi is the health equity program manager for the YWCA. Razvi believes that home visitation is a major component in solving the issue of racial disparities in infant mortality.

“They [home visitations] are bridging the gap between the client and clinics. We’re trying to take the services to the community,” said Razvi. “You are at high risk, just by being a woman of color.”

The YWCA has been working with the four main health care systems (Bronson, Borgess, WMed and Family Health Center) to streamline mothers at high risk in order to get appointments sooner.

“The gap is being reduced already. A majority of moms now are being seen in their first trimester, which wasn’t the case before. Because of this, more babies of color are being born with healthier birth weights and on time, which are two things that relate to infant mortality.”

Terry Morrow has been the Vice President of Development for Bronson Healthcare for about 5 years, and was the VP of health equity and inclusion before accepting this position. Morrow’s work usually revolves around raising money for primarily Bronson-based practices. He’s also on the Bronson management team where he learns to understand clinical operations and discuss strategies to better meet clinical needs.

Morrow grew up in the Kalamazoo area and recognizes that Bronson is an anchor for our community.

A group of passionate people from Cradle Kalamazoo pitched the idea of Bronson healthcare becoming the operational backbone of Cradle in 2018. Cradle Kalamazoo is led by an Executive Director and is funded partially through Bronson, as well as other organizations and community foundations.

Morrow believes that multi-sector collaboration is the most effectual for Cradle Kalamazoo, but when so many people and institutions are working together, it can get complex.

“Infant mortality for white babies in Kalamazoo is pretty low, and there is no reason it should be different for babies of color. Change requires that all 30 organizations are moving in the same direction,” Morrow continued.

Bronson plays a vital role in not just the health outcomes of patients, but also their thousands of employers and families.

“We are the largest employer in Southwest Michigan. The banks play a role, the education plays a role. We are just a part of society,” said Morrow.

While clinics play a major role, the community environment is even more impactful in health outcomes.

“The positive correlation of lack of resources and high infant mortality rates is not a coincidence,” said Razvi. “These policies don’t exist blatantly, but they have not gone away.”

This epidemic is a product of our community’s atmosphere, structural racism, and misinformation.

“If you are an employer in Kalamazoo, you fit into the solution to infant mortality,” Wolverton said.

Infant mortality is not only related to direct families and friends.

“No matter where you are in Kalamazoo, you know there are racial disparities here. Why does this side of town look like this? Why are there no grocery stores, fresh food, delivery drivers here?” Wolverton rhetorically wondered.

Morrow says structural racism is at the root of these problems as well.

“It [racism] happens in law enforcement, banking, employment, education, it happens when you walk into a store and are being treated differently. We just can’t ignore that we have to address this issue at a root level in society.” Morrow continued, “Our CEOs and executive teams of all institutions need to understand that these policies and procedures do not work for all people, we need to understand the role institutions play in infant health, before and after babies are born.”

In 2019, Bronson’s board of directors took the health equity pledge from the American Health Association which requires health care providers to do several things around cultural training, such as reviewing policies, challenging mindsets, and requiring providers to look harder at understanding how race, ethnicity, and sexual orientation affect health outcomes.

So what can YOU do to help? Wolverton says donations are always needed. New families need things as simple as diapers, car seats, wipes and Pack ‘n Plays.
“There are so many organizations, but sometimes we lack resources,” Wolverton adds, “We are a non-profit, we need all of the hands on deck we can get. We have space for everyone to volunteer.”
To get involved in Cradle Kalamazoo and help families in your community, visit their website at News & Events.