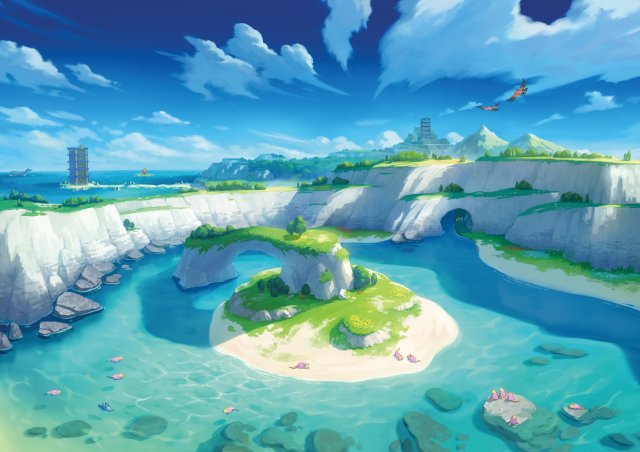 In the months following the worldwide lockdowns from COVID-19, various forms of digital media have come to a sort of standstill. TV show releases are getting delayed, movies pushed back and even video game launches are up in the air. This is happening all at a time when people have nothing better to do than indulge in these forms of entertainment.

People are playing more video games now than ever, evident from the increasing demand for Nintendo Switches, driving them out of stock during the beginning of quarantine. Games that have been released during quarantine have seen great success. Nintendo’s “Animal Crossing: New Horizons,” which released around the same time as lockdown began, has been so successful that some acredit the shortage of Nintendo Switch consoles to the game’s release.

GameFreaks latest entry into the main series “Pokemon” game series, “Pokemon Sword and Shield,” came out quite a few months prior to the events of COVID-19. Earlier this year, Knight Life reported on the fact that Nintendo announced that “Pokemon Sword and Shield” would get two expansions, the first titled “The Isle of Armor” and the second titled “The Crown Tundra.” The first was initially announced that it was going to be released sometime in June of 2020.

Many “Pokemon” fans were concerned that COVID-19 may, like it did to many other forms of entertainment, delay the expansions’ release. Thankfully, this is not the case. “The Isle of Armor” just got it’s release date announced and it’s June 17th. Also, “The Crown Tundra” is still set to release sometime in fall of 2020.

Nintendo also shared a three-minute trailer hinting at some new content that is to be added with the expansion. So far, the reaction of the fans is quite positive. The trailer shows many of the features that were promised in the teaser all those months ago such as new Pokemon and new locations to explore and a new story to play through.

However, the trailer also shows that the player will have the ability to catch a lot of Legendary (ultra rare) Pokemon from previous games in “Sword and Shield.” This is a welcome addition because many fans complained that the base game did not have enough ultra rare Pokemon for the player to catch outside of the main story.

The release of “The Isle of Armor” hopefully will give fans another way to stay entertained. It’s good to see Nintendo still offering their loyal fans good wholesome fun during these hard times.