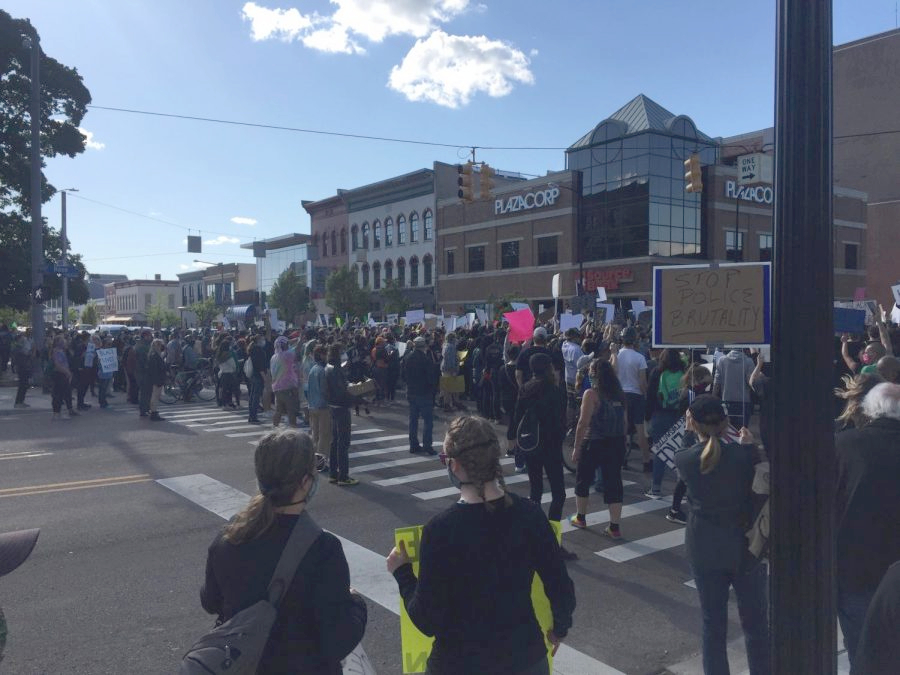 “I definitely think Gen Z is the loudest right now,” said Gracen Martini-Zeller, a senior at Kalamazoo Central. “Even if they can’t get to demonstrations, they’re doing a really good job of at least speaking up about it.”

Since people can’t currently come together in person, how is Gen Z staying active? Social media has become a huge part of political involvement.

“I see a lot of people spreading info on Instagram and Twitter,” Darren Sperti said, a junior at Loy Norrix, “Gen Z…along with some Millennials…have actually used their online platforms to build coalitions and get out information on issues.”

Sperti said he engages in activism by signing petitions and doing research. He said other Gen Z-ers were posting memes and writing essays about topics of concern. Martini-Zeller was even working by volunteering for Jon Hoadley, a democrat who is running for congress this year.

It definitely helps Gen Z to have grown up with technology in their lives, unlike any other generation. But why does Gen Z have this fire in them about human rights that’s different from other generations?

The report also states that Gen Z is on track to be the most educated generation. Fifty-nine percent of 18-20 year olds after graduating high school enrolled in college in 2018. This is a much higher number than Millennials in 2002 with 53% and Gen X in 1986 with 44%. Gen Z is additionally much more ethnically diverse, 30% more so than Baby Boomers. The more ethnically diverse, the more support behind racial issues within our country.

“Things may seem very bleak especially with the further rapid decay of the very social fabric of this nation, but it is imperative that we do not falter and that we do not give in, as now more than ever is the time to continue to organize, to vote and to keep fighting systemic injustices,” said Sperti.