In the era of COVID-19, the SAT has become obsolete 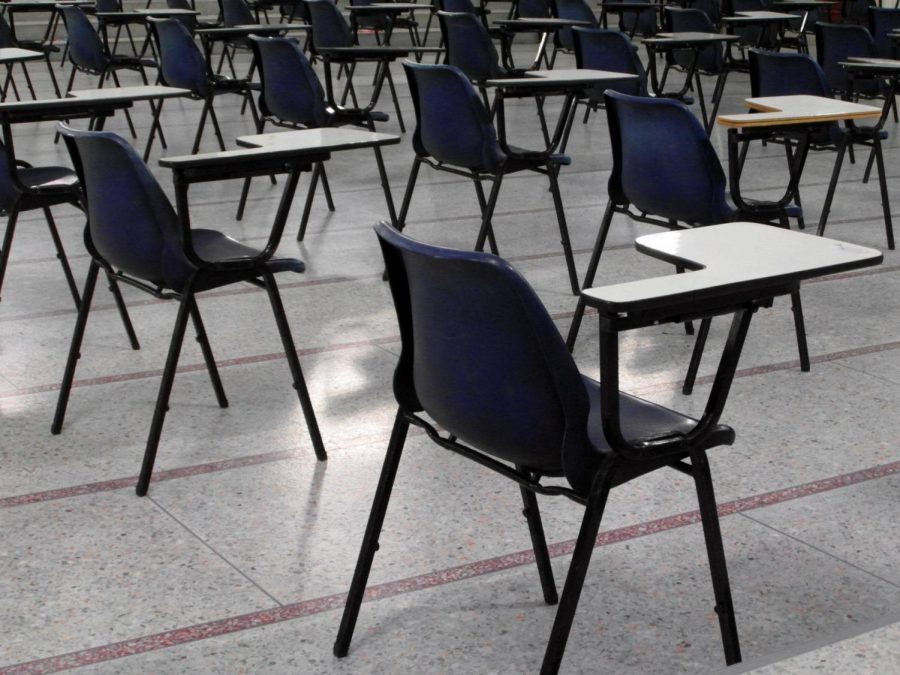 In exam halls throughout the country, students are still sitting to take the SAT. This year though, testing locations may look slightly different as students are required to practice social distancing.

It was early in the morning, the sun was still rising when I entered Loy Norrix for the first time in months. After being ushered into the cafeteria, I found myself faced with row upon row of socially distanced desks, every person outfitted with a mask.

On Wednesday, October 14, many seniors at Loy Norrix High School stood in line—six feet apart—in order to take the SAT, a test that was supposed to be administered last spring but was cancelled due to COVID-19.

By the end of the day, I was exhausted, and I found myself asking what the point of it had been. Every college that I am applying to is not requiring me to submit my SAT scores, and up until only a few weeks prior to taking the test, I didn’t even know if it was still being offered. I felt unprepared and overwhelmed.

“I did not study beforehand, since I had no idea if I would ever take it, and by the time I signed up for it, I felt like there wasn’t much I could do. My mindset was that if I don’t know this material already, I probably won’t really learn it,” said senior Carson Williams.

The test was optional, but many students still chose to take it, even as a significant number of colleges and universities have elected not to require SAT scores.

“My parents definitely wanted me to take the SAT,” said Williams. “I was unsure if I wanted to sign up, but I also thought that maybe I should just do it anyway, and my parents had that final push of telling me to sign up.”

For other students, the decision to take the test came down to seeing it as an opportunity, a way to help them stand out to college admissions officers.

According to the article “The SAT and the ACT Will Probably Survive the Pandemic—Thanks to Students” by Jeffrey Selingo at the Atlantic, “As long as colleges offer an option that applicants think gives them a leg up, some teenagers will continue to look for every edge. ”

Senior Kamyrn Kimbrough said, “Even though colleges don’t require it right now, it makes you look better. I don’t think it’s necessarily important, but for me personally, I don’t look very good on paper; I’m a B average student with a handful of extracurriculars, so it was important for me.”

For several years now though, the SAT has come under fire for a number of reasons: it gives students from more privileged backgrounds an advantage, and it may not be an accurate indicator of a student’s academic potential.

According to the article “ACT and SAT scores no longer required for admission at some colleges” by Kristopher J. Brooks at CBS News, “Admissions staff at these schools cite two basic reasons for dropping the ACT and SAT, long a rite of passage for high school students planning for college. The first is one of simple scheduling given the pandemic… The second, however, is more fundamental — some education experts say the ACT and SAT are a poor predictor of whether a student will succeed in college.”

While many colleges have decided to not require SAT scores for the class of 2021 alone, others have made the decision permanent, such as those in the University of California system. The pandemic has provided schools with the opportunity to make significant changes to their admissions process. This could create a ripple effect with many other colleges following suit over the next few years.

According to the article “How the SAT Failed America” by Susan Adams at Forbes, “Since March, more than 500 colleges, including every school in the Ivy League, have joined the growing ‘test optional’ movement. All told, more than 1,600 four-year schools will not require scores for admission in 2021, and a growing number are becoming ‘test blind,’ meaning they won’t consider scores at all.”

“I don’t think the SAT is super important to most colleges this year… I think most colleges are taking into account the circumstances of the pandemic, and that a lot of students’ education was hit negatively for that time,” said Williams.

The pandemic has sped up a transition that has been occurring for several years now. COVID-19 will bring about significant change, and future generations of students may be able to eliminate the SAT, and subsequently the PSAT, from their high school experience.