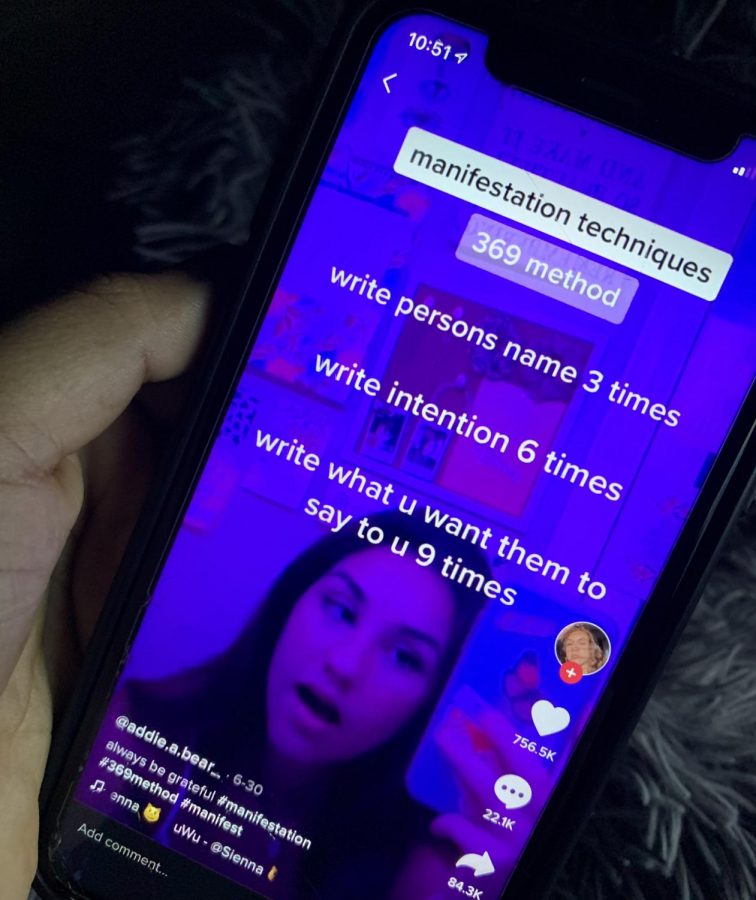 Over the past few months many teenagers have been scrolling through the app TikTok for hours! And with the app comes many trends, one of which is manifestation.

“Manifestation is a formal way to say that something is apparent to the senses and a public display of emotion or feeling or something theoretical made real.” said Vocabulary Dictionary

With that being said many TikTok users during the month of August were saying it was best to manifest anything because the world was transiting into a fifth dimension which got other users to create videos talking about high chances that your manifestation would work if you manifested during that time.
Many users were focusing on August 27, 2020 saying that it was going to be a really good day for manifesting and talking about different methods you could use for it to happen and speak it into existence. The rumor going around TikTok was that on 12:30 August 27th, you would see two moons in the sky and it wouldn’t happen again until 2287. There were also some users saying we were going into a shift in the world like a new dimension and that’s why some things you never experienced before you are experiencing now. This TikTok video talks a little bit about the transition.

“I think manifesting is real and it takes time, but don’t rush it,” said Loy Norrix senior Mikayla White.

As a result of manifestation being a big trend, TikTok users posted many videos about how they were going to manifest and the best techniques to do so. Whether it be them manifesting their future or something they want to bring into reality, many ended up taking advice from other TikTok users and manifesting on August 27.

“I don’t know, it doesn’t really feel like we’re in any dimension, but I do think manifesting does work if you truly believe in it,” said LN senior Perla Santiago.

On the for you page on TikTok videos talk about having to believe manifestation will happen if you follow the methods and let time do its thing. Just keep a good mindset. With TikTok being one of the top social media outlets teenagers use right now, whatever trends seem to blow up, many will follow them and do as they say.