A break down of the 2020 presidential election 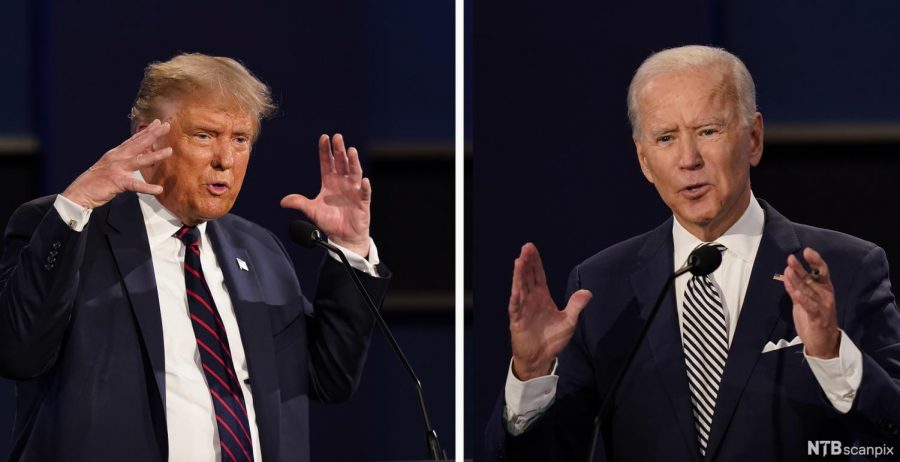 2020 has been one crazy year, from a global pandemic to one of the biggest presidential elections in history.
Between voter fraud claims and lawsuits filed by the Trump administration, this election has been quite confusing, so let’s break it down.
Democrat Joe Biden and Republican Donald Trump were part of one of the most intense elections America has held. As of November 5th, The Washington Post reported that 65% of all eligible voters cast a ballot this year, which is still an increasing number as votes are still being counted, compared to 60% in the 2016 election. Biden is the current presidential elect, winning by over five million votes, a number calculated using figures from CBS news.

The Electoral College was established in 1804. Its goal is to speak for the people. According to the news source Al Jazeera in the article “How to follow the Electoral College as the votes come in” written by Chris Sheridan, “Each state has a given number of Electoral College votes based roughly on their population size and congressional representatives.”
For example, Michigan has 16 electoral votes. The same article also says, “In most states, if you win the popular vote in that state, you win all the electoral college votes from that state.”
The goal is to get to 270 Electoral College votes. If you weren’t watching the election at home, Michigan, Pennsylvania, Nevada, Georgia and Arizona were closely watched for two reasons.
The first reason is that these states all have a relatively high number of electoral votes, which makes them prime states candidates seek to win.
The second reason for a close watch on these states is that they are all known to flip between voting Democrat and Republican, making it hard for pollsters to predict which candidates will win in these states.

Voting by mail has been occurring in the United States, according to Vote-By-Mail Programs Date Back to the Civil War by History.com, since around 1864, with absentee ballots given to soldiers during the Civil War.
Since we are currently in a global pandemic, PewResearch said, “A record number of votes – 65 million were cast via mail ballot in the 2020 general election.”
Donald Trump, the Republican presidential nominee this year, told his supporters not to vote by mail.
In his 2020 election speech, Trump said, “I’ve been talking about mail-in voting for a long time. It’s really destroyed our system. It’s a corrupt system and it makes people corrupt.”
According to BBC news, there is no evidence to back this claim. Dominion, the company itself, even said on their website in their article “Election 2020: Setting the record straight” that “vote deletion/switching assertions are completely false.” They also said that “there were no software glitches” and that they are a “non-partisan U.S. company.”
Since Trump told all of his supporters the mail-in voting system, most of them did not vote by mail. However, a lot of Democrats did use the mail-in voting system, explaining why many states flipped blue at the last second – the mail in votes are usually counted last.
Pennsylvania, who has 20 electoral votes and was very crucial to this election, had about “2.5 million mail in votes” and “1.6 million of those ballots were from registered Democrats,” according to Politico . This similar situation happened to many other states, including Michigan, Nevada, Arizona and Georgia.

Since CBS and CNN called the election, Trump has made claims and filed multiple lawsuits against Michigan, Pennsylvania and Georgia for voter fraud. These were the three primary states he needed to win in order to win the election.
Trump tweeted on November 12 that “Dominion [voting software and technology maker] deleted 2.7 million Trump votes nationwide.”
According to “Trump Tweets conspiracy theory about deleted votes” by FactCheck.org, officials say, “There is no evidence that any voting system deleted or lost votes, changed votes, or was in any way compromised.”
He has called for a recount in Wisconsin as well. Currently in Michigan there is a lawsuit that would throw out 1.2 million votes, which would make Trump the winner of the Great Lakes state. The question among many Americans is whether Trump’s claims are legitimate or just an attempt to weave himself into four more years in office.This election has been one wild ride and will continue to be as Joe Biden attempts to transition into office, lawsuits are handled, and recounts occur.