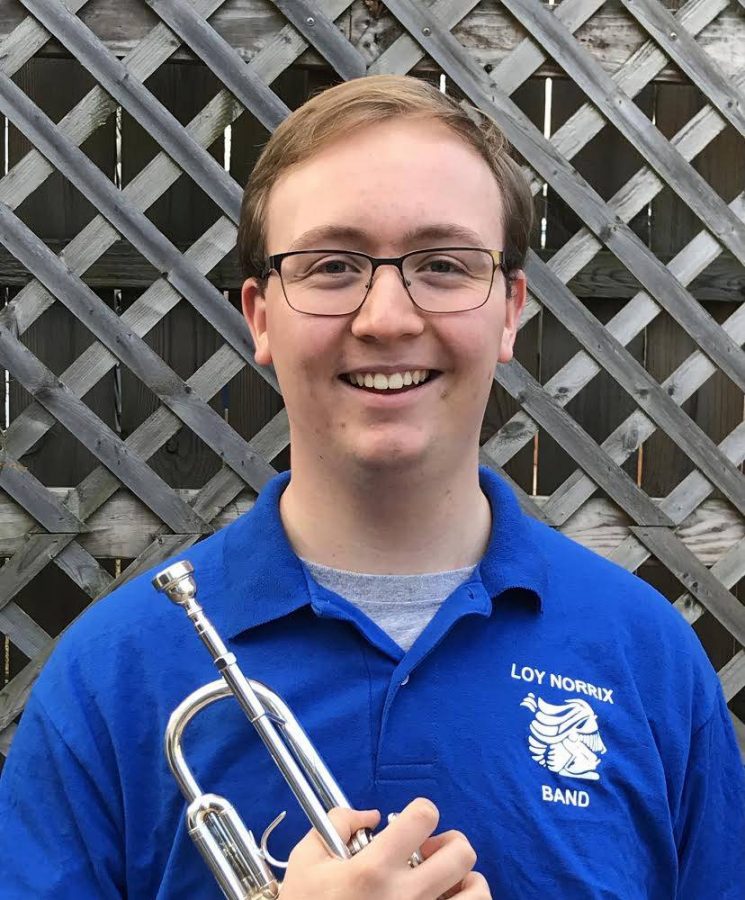 “I knew Kohler would perform his best, and considering what a great musician he is, I was happy but not surprised,” band teacher Aaron Mirakovits said about his first ever All-State winning student.

Trumpet player Kohler Briggs has been playing his instrument ever since the sixth grade. Flash forward to his senior year, and he decided that it was time to try-out for the MSBOA All-State honor.

According to MSBOA.org, the All-State process is “an average of over 2,000 students [auditioning] each year for the 400 seats in [the] five ensembles.” Briggs was one of the 400 students who made the cut.

“I had been interested in auditioning for All-State for several years, and my private lesson teacher and Mr. Mirakovits encouraged me to audition,” Briggs stated. “I spent a lot of time practicing in the weeks before the audition, so it was very rewarding to see that work pay off.”

Receiving this award is a high honor for a student and it takes the right amount of tenacity to pull it off.

“Kohler is an outstanding student, both in terms of work ethic and ability,” explained Mirakovits. “He augments a natural talent with consistent practicing and effort.”

This year, the process had been a little out of the norm. Instead of having an in-person audition, students had to submit an online recording.

“For the audition,” Briggs explained, “You first had to click on a link, which opens a website containing places to record audition videos.”

Following this, Briggs then had to do a short test recording and then finally move onto the scales and music. This included études, which are “short pieces written to improve and demonstrate a player’s technique,” explained Briggs.

Making mistakes during this recording could prove to be detrimental to the outcome of his audition because he had only one shot to record. Briggs had a near perfect audition, but towards the end a problem with his trumpet could have negatively affected the audition.

Briggs said,, “One of my valves got stuck.” This left him vulnerable to making mistakes. Luckily for him, his valve was only stuck for a couple of seconds, and the rest of his audition went smoothly.

When asked about his future, Briggs explained that he wasn’t planning on attending a college for his trumpet playing abilities. He instead wants to carry on playing for fun and to participate in ensembles composed of community orchestra members.

Although Briggs might not be pursuing a college degree with his trumpet playing abilities, Mirakovits made an announcement on the Loy Norrix Bulletin stating that this is one of the “highest honors an instrumental music student can receive.”