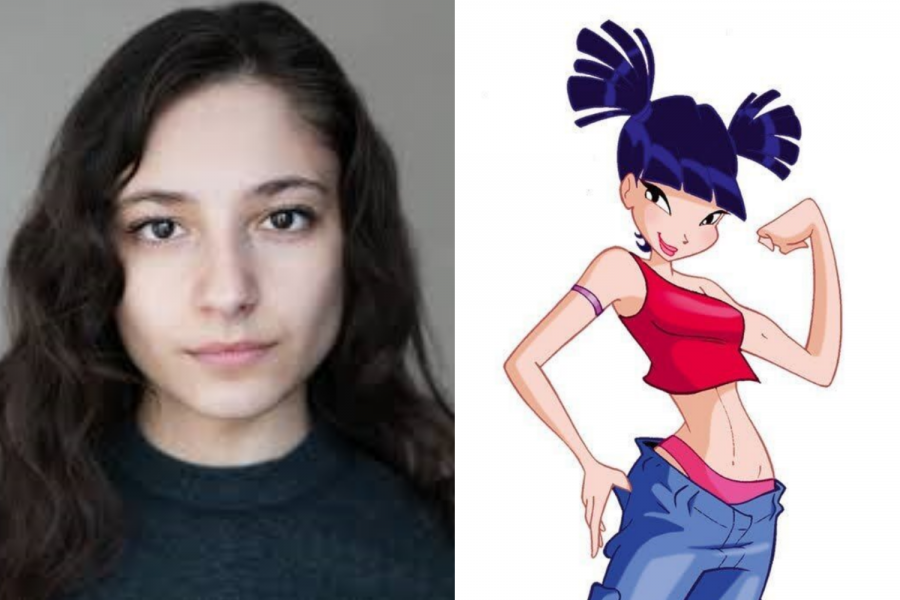 Elisha Applebaum (Left), a European-Singaporean actress, has been cast to play Musa (Right) in the live action Winx Club reboot. Netflix has been involved in many controversies regarding their self-produced releases, being accused of white-washing, queer-baiting and appealing to child predators.

Racism in entertainment has been prevalent for centuries and only recently has begun to be rectified, but even with the removal of legal barriers, people of color still face challenges when it comes to representation in media.

Netflix recently announced the premiere date for their live-action reboot of the 2000’s animated Nickelodeon show “Winx Club” to be Jan. 22, releasing the series trailer alongside it.

The original magical girl-esque show, which initially aired in the US from 2004-2009, attracted a large audience of primarily young girls, but the reboot is looking to give it a darker tone akin to how “Riverdale” adapts the “Archie” comic series. However, higher ups in production seem to have lost sight of this goal when it came to casting choices, instead opting to white-wash two of the core characters.

Most fans of the show will recall the characters of Musa and Flora. In the original, while the facial features don’t vary greatly due to the nature of the art style, Musa’s eyes are noticeably thinner than some of the other cast members. This alone would not indicate her to be of East Asian origin, but she is also regularly seen wearing outfits that are very clearly inspired by traditional Chinese clothing.

In addition, Musa has her bangs styled in a Hime cut, a hairstyle originating from Japan that was traditionally worn by noble women but has since become popular in many of the surrounding countries. Her appearance is also reportedly based on the actress Lucy Liu, a Chinese actress.

Flora’s race isn’t nearly as evident as Musa’s in the original show, but her skin is noticeably darker than the white cast members, is based off Latina celebrity Jennifer Lopez and she has been widely accepted by fans to be Latina. On the highly popular fan-made Winx Club Wiki, it is stated she is “a young tan-skinned Latina woman.”

The actress portraying Musa in the reboot is Elisha Applebaum, a part Singaporean-part European actress. While the inclusion of more actors of color is important, east Asian people in particular are often treated as interchangeable despite the drastic differences between them in history, culture, appearance and language. Whether by ignorance, apathy or malice, this form of bigotry manifests itself far too frequently in both entertainment and society at large and is reflected in the choice to cast a Singaporean actress in the role of a Chinese character.

While Applebaum is Singaporean, she is also mostly European. This is why many fans feel Musa has been whitewashed rather than just swapped for a person of a different east Asian origin. While the criticism is valid, it raises another concern.

Mixed race people face unique hardships of their own; the feeling of not being ‘enough’ of one race and not feeling entitled to take part in their heritage is a common sentiment. This is not a sentiment this article wishes to perpetuate by pointing out that Applebaum is largely European and casting her in the role of a character who is, in the original, fully Chinese is not a faithful depiction or representation of her identity and perpetuates the practice of white-washing Asian characters. This practice is incredibly frequent in the entertainment industry, most commonly seen when Japanese media is adapted into a live-action release.

This practice is a holdover from times when Asian people were legally blocked from being performers in the United States, and the continuation of this trend is not only a perpetuation of racist policies and insulting to the plethora of incredible Asian actors, but often leads to parts of the story either not making sense or having to be rewritten for the white actor. It is frankly inappropriate to co-opt stories about Asian people in Asia with Asian influences and insert white people as the focal point.

While this issue is most often discussed in regards to Asian and black people, it happens to people of all races. In this case, a Latina character. The character representing Flora is renamed Terra in the reboot, but from the available information, she appears to be the same character based on the type of magic she performs and the role she fulfills. While some would argue that this makes her a new character and therefore not white-washed, they have still removed a person of color from the main cast and continue to feed into the enduring racism in entertainment.

Race-blind casting in and of itself is not an issue as long as it goes both ways, but the only actress of color in the Winx Club reboot that has been revealed plays a character who is originally black. Faithfully casting her to keep the identity of the character intact is not inherently negative, but the choice to cast a single person of color amongst an all-white cast is very reminiscent of tokenism: the practice of performing an insignificant action to prevent criticism and give the appearance of diversity. For example, hiring a single gay person or casting a single person of color in a show rather than actually making an effort to be inclusive and sensitive to people of all backgrounds.

In addition to the racism reflected in the casting choices, the new reboot has also faced backlash for the complete removal of Techna, a main cast character. There is also backlash for the shift in narrative tone and the dullness of the setting and character design in comparison to the brightly colored, glitzy animation style that the original took on. However the overarching criticism has been mostly in regards to the blatant disrespect and racism that the casting choices reflect.