Poll: Teachers and students on continuing the trimester 2 schedule when students return in-person 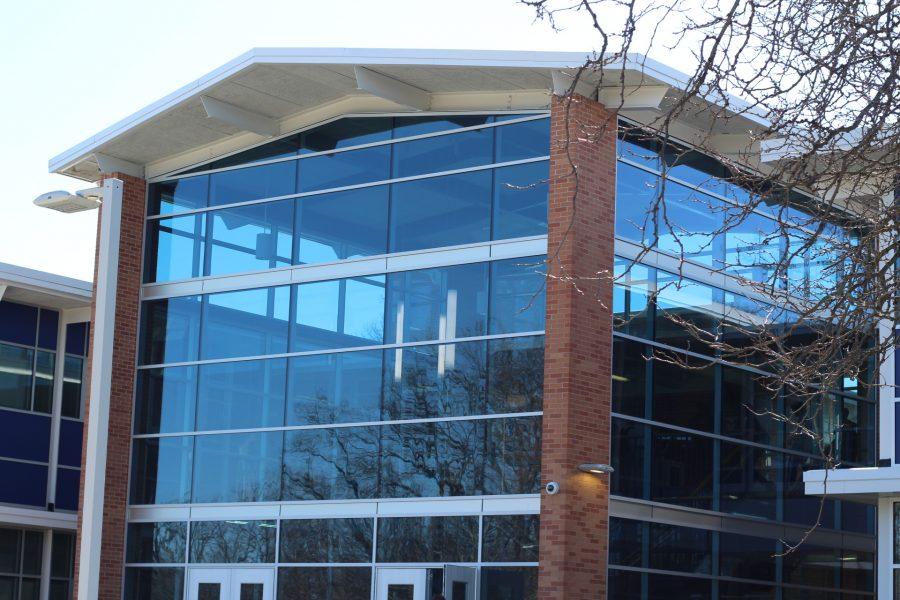 The revised schedule for this school year’s second trimester of distance learning has been a topic of discourse among students and faculty in recent weeks. Many vie for making benefits of the online schedule (such as starting class at 9 a.m. rather than 7:33 a.m. and having Social Emotional Learning [SEL] on Wednesdays in lieu of class) permanent changes once the district resumes in-person schooling, whether it be for the third trimester or next year.

Knight Life conducted a poll of teachers and students to determine the viewpoints of both demographics. These results are based on the responses of 295 student respondents and 39 teacher respondents which were submitted between Jan. 7 and 11 after spending multiple weeks of school with the new trimester 2 schedule.

Unsurprisingly, students support the later 9 a.m. start time for the beginning of the day. Over 62% of student respondents would like to see this part of the schedule return in-person, most citing how they now get more sleep and can pay attention through the whole day. 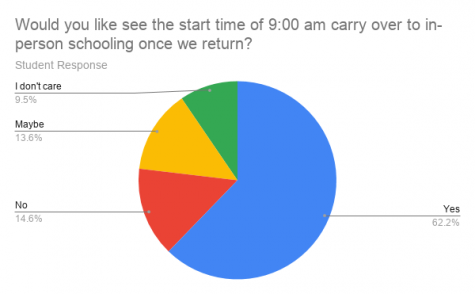 Many teachers, on the other hand, are torn on the idea or against it outright. The most widespread concern is that pushing back the school day would lead to grave sacrifices for sports and other after-school activities. This creates a dilemma for some teachers who understand that starting later is scientifically proven to better accommodate the sleep schedules of teenagers, leading to a call for compromise brought up frequently in responses: starting the day at 8 a.m., which falls in between the debated times. 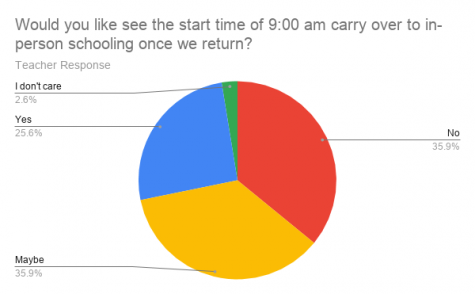 Another aspect of the online schedule that respondents were asked to consider is SEL and the midweek break it provides. These responses, from both teachers and students, are far more varied than those from any of the other topics in question.

Forty-six percent of teachers, nearly half, would like to see SEL return in one way or another when in-person learning resumes. Numerous respondents believe that the topics covered in these sessions are integral to the lives of teenagers and should be incorporated into the curriculum, whether through the continuation of SEL or a class of its own.

While support for SEL is the most popular, that still leaves 54% of teachers who do not want to see SEL back or fall somewhere between these two stances. Many teachers feel ill-equipped to cover these sorts of topics in the classroom or are concerned over the missed class time that they consume. 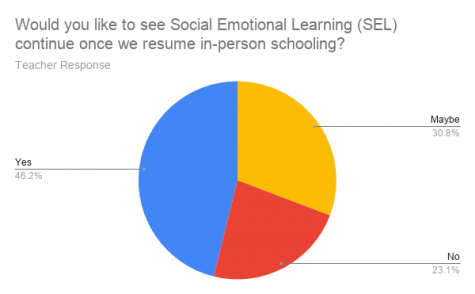 The story is very similar among students. The highest percentage of students support the return of SEL at over 28%, some citing how the program has given them a forum to talk through their mental health issues and receive advice.

However, over 71% of students are against it, on the fence or indifferent on the matter as a whole. Many students who fall under this latter category argue that it could be a more beneficial program if it’s made completely optional to satisfy the needs of those who benefit from it without creating an undue burden for those who don’t. 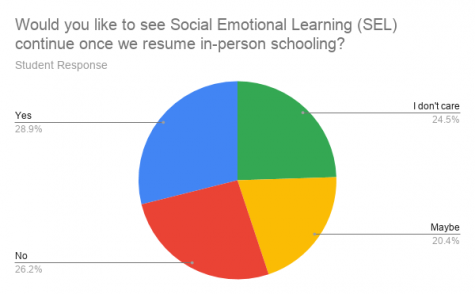 SEL aside, students almost unanimously would like to continue having Wednesdays off to have a break from class and take some time to catch up on their work. Across the board, they explain how this extra time has been a source of relief in juxtaposition to the late night studying that some inevitably take part in as a result of the usual schedule. 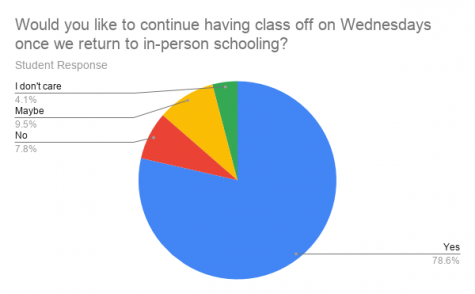 Similar to the 9 a.m. start time, having Wednesdays off is a very divisive topic among teachers. However, in this instance, a coincidentally equal number of teachers support it, oppose it or are unsure about it. Primarily, concerns arise over having adequate class time under this system, though many acknowledge the aid this break could provide for students. 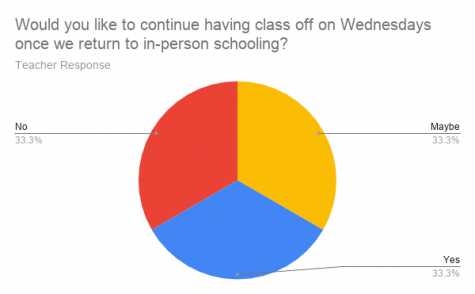