Andrew Cuomo: from praise to an impeachment inquiry in weeks 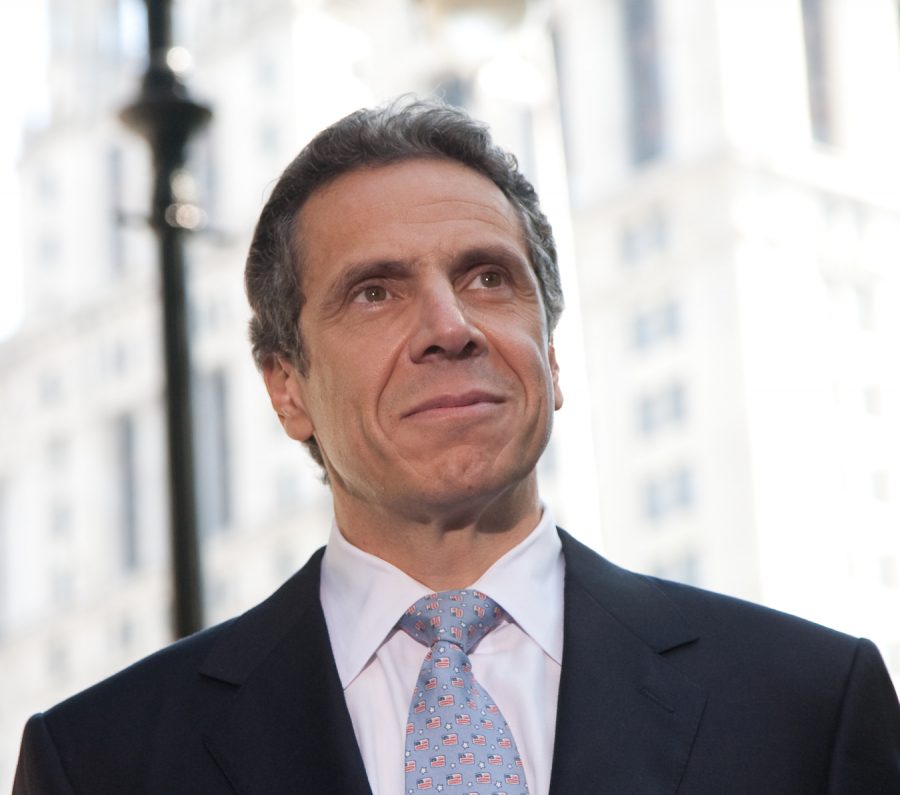 New York Governor Andrew Cuomo has been under fire these past few months as a result of multiple sexual harassment allegations and his handling of nursing home COVID-19 deaths.

In his three terms as governor of the state of New York, Andrew Cuomo has made serious progress. From legalizing same sex marriage in New York in 2011 to his signing of the New York Secure Ammunition and Firearms Enforcement Act into law in 2013. His leadership and political talents have made him an important politician for the Democratic party.

It is not his success, however, that has been making headlines in the recent weeks. Instead, sexual assault and harassment allegations, stories of a toxic workplace environment and his handling of nursing homes during the pandemic have led to calls for resignation and even an impeachment inquiry.

Cuomo has also received a lot of praise throughout the COVID-19 pandemic, his honest and straightforward daily briefs became comforting and at times entertaining for New Yorkers across the state. He overcame the communication challenges that many of the country’s leaders faced in the uncertain times.

“As a host, he made you feel informed, connected, protected and entertained — when we needed it most,” said television producer Corin Nelson in an interview with Variety.

The first nail in Cuomo’s coffin was the 76-page report given by state Attorney General Latitia James on Jan. 28, 2021. The report details how the administration undercounted nursing home deaths due to COVID-19 by several thousand. This was confirmed by the New York State Department of Health hours later, adding 38 thousand more nursing home deaths due to COVID-19 to New York’s tally.

While Cuomo has taken responsibility for the undercount, he has also emphasized that some factors are out of his control.

“If anyone had the perfect answer to nursing home deaths, and if anyone tells you they do, they’re lying,” Cuomo said in a press conference. “Because people are going to die in nursing homes.”

The Federal Bureau of Investigation has begun looking into the false data reports and Cuomo is losing more and more political allies.

A second scandal emerged not days after the nursing home investigation when a former administration aide to Cuomo came foward to elaborate on sexual assault allegations she first made on Twitter in December of last year. Lindsay Boylan published an online essay, going into detail about the uncomfortable, inappropriate interactions she had with her boss in the three years she worked for the administration.

“I am speaking up because I have the privilege to do so when many others do not. No one should have to be defined or destroyed by this kind of sexual harassment. Nor should they be revictimized if they decide to speak their own truth,” Boylan wrote.

Six more women have since come forward with sexual harassment and assault allegations since Boyan: two aides, a reporter, a paid consultant, a woman who said she met Cuomo at a wedding and another whose identity remains anonymous.

“The people of New York deserve an exhaustive and independent investigation into these allegations,” Ms. Clark said in a statement released by the attorney general’s office. “I am committed to seeing it through.”

Cuomo issued a statement on Feb. 28 after the second allegation was brought against him.

Along with the investigation, there have been several bipartisan calls for Cuomo’s resignation and an impeachment inquiry being made by the New York State Senate.

The calls for his resignation began with statements made by most of the state’s Democratic House members on Friday, March 12 and the day ended with Senate majority leader Chuck Shumer and New York senator Kirsten Gillibrand calling for Cuomo to step down as well.

“Due to the multiple, credible sexual harassment and misconduct allegations, it is clear that Governor Cuomo has lost the confidence of his governing partners and the people of New York. Governor Cuomo should resign,” Shumer and Gillibrand’s joint statement said.

Cuomo has since denied allegations, apologized for making anyone uncomfortable and said that he would not be resigning.

“People know the difference between playing politics, bowing to cancel culture and the truth. Let the review proceed, I’m not going to resign, I was not elected by the politicians, I was elected by the people,” Cuomo said in a statement on March 12.

Cuomo has refused to step down on his own, so the only way to remove him from office before his third term ends would be through impeachment. According to the New York State Constitution, the New York State Assembly would be the group tasked with impeaching the governor, a group that is made up of 150 lawmakers, 106 of which are democrats. Governor Cuomo would be impeached on the grounds of “misconduct or malversion,” but before that vote can be made an investigation has to be performed.

Much like the investigation being carried out by the New York attorney general, the State Assembly’s judiciary committee has hired the law firm Davis Polk & Wardwell LLP and assures that the investigation will be performed “fully and fairly.”

“These are serious allegations, and they will be treated with fairness, due process and discretion,” judiciary committee chairman Charles Lavine stated in Bloomberg.

The investigations are predicted to take up to multiple months and while they are being carried out Andrew Cuomo will continue to govern.