2021 Met Gala: the good, the bad and the questionable 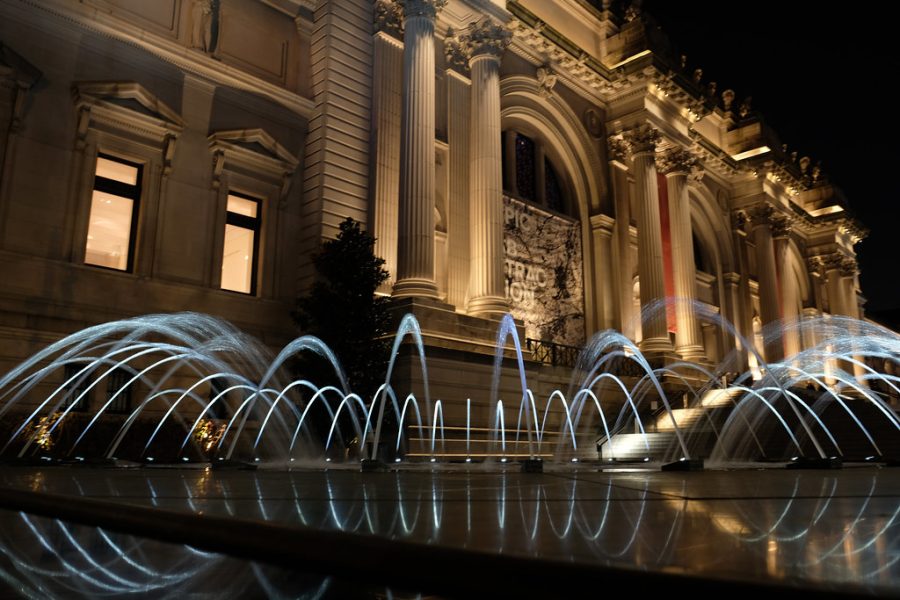 The Metropolitan Museum of Art, located in New York City, and host to the Met Gala

Last month on September 13, the world’s elite walked the red carpet for one of America’s most famous parties: the Met Gala.

The Met Gala, also known as “fashion’s biggest night out,” is a chance for people like celebrities, politicians, athletes, and journalists around the globe to show off custom, designer looks for a fundraising event to help the Metropolitan Museum of Art’s Costume Institute in New York City.

The usual price for a ticket to the event can cost around $35,000 and a table for the evening can cost anywhere from $200,000 to $300,000. The proceeds from this event all go towards the Metropolitan Museum of Art’s costume institute in New York City.

Each year has a theme like 2016’s “Manus x Machina: Fashion in an Age of Technology” or 2018’s “Heavenly Bodies: Fashion and the Catholic Imagination.”

When the photos from the event hit the internet, social media had a free-for-all. The public shared their opinions either praising or bashing the celebrities’ looks. This year’s theme was “In America: A Lexicon of Fashion” and the public reaction has been no different than any other year, with social media users not hesitating to voice their opinion.

The abstract outfits take a lot of time and effort for celebrities and designers. For example in 2018’s Met Gala, American actress Blake Lively’s dress took more than 600 hours to create.

“One of my least favourites was Kim Kardashian’s outfit. I thought it alluded to an overlap of the burqa and the hijab from Afghanistan,” said Cindy Vanlieu, teacher of the sewing, knitting, and yarn class.

“Kim Kardashian looked like a sock,” said junior Shanti Hayes. “It’s a generally good outfit, but I feel like the whole point is to stand out, and that [the outfit] doesn’t really do that. So, I don’t really know how else to describe it other than ‘sock-like.’”

Some of the other outfits with unpopular opinions included the outfit worn by Simone Biles.

“I thought that was weirder than weird. I didn’t like the bubble dress, it looked like the mushroom dress trend from the 60’s, sort of cartoon-like,” Vanlieu continued about Whoopi Goldberg’s ensemble. “The outfit looked like something out of ‘Gone with the Wind’, like it was made with a curtain.”

Some of the more popular celebrities who attended included celebrities like Lil Nas X, AOC, Billie Eilish and Cardi B.

“Cardi B’s outfit was phenomenal in my opinion,” Vanlieu said, “It was just really cool, the stitching and the design on that [the dress] looks really neat.”

“Lil Nas X’s outfit was really innovative in my opinion. He thinks outside the box with so many things like his performances, his songs, and this costume and really crosses the barrier between sexual identity and androgyny,” said Vanlieu.

Alexandria Ocasio-Cortez, more commonly known by her initials ‘AOC’ also made a statement at the gala with her outfit. Aurora James was the designer of the outfit AOC wore, a white gown with bold red text reading ‘Tax the rich’ painted across the back.

“I liked the dress,” said Hayes. “It made a statement and it talked about something that a lot of people genuinely believe in because, yeah, the rich don’t get taxed enough. Even though it [the outfit] is controversial I think it’s a good outfit and really says her own opinion on things, and it’s a good thing to make a point on.”

“Billie had planned to wear a similar dress before COVID cancelled last year’s Met Gala, although she’d originally wanted it to match her then-acid green hair,” wrote Ben Henry in the Buzzfeed article “Billie Eilish Explained Why She Stopped Wearing Dresses After Revealing In An Interview At The Met Gala That She Was ‘Scared And Didn’t Feel Comfortable.’”

“Her dress was amazing,” Watts said, “and even if she’d worn it last year so it would’ve matched her hair, that would’ve looked cool too, or if she did a darker green instead of the acid colour.”

Due to COVID-19, the guest list of the Met Gala was smaller this year, but with a bigger guest list next year, the gala has the opportunity to showcase even more show-stopping and spectacular looks. Or, on the flip side, present even more questionable looks for social media to sink their claws into.