Students and Teachers Upset about Classes No Longer Offered 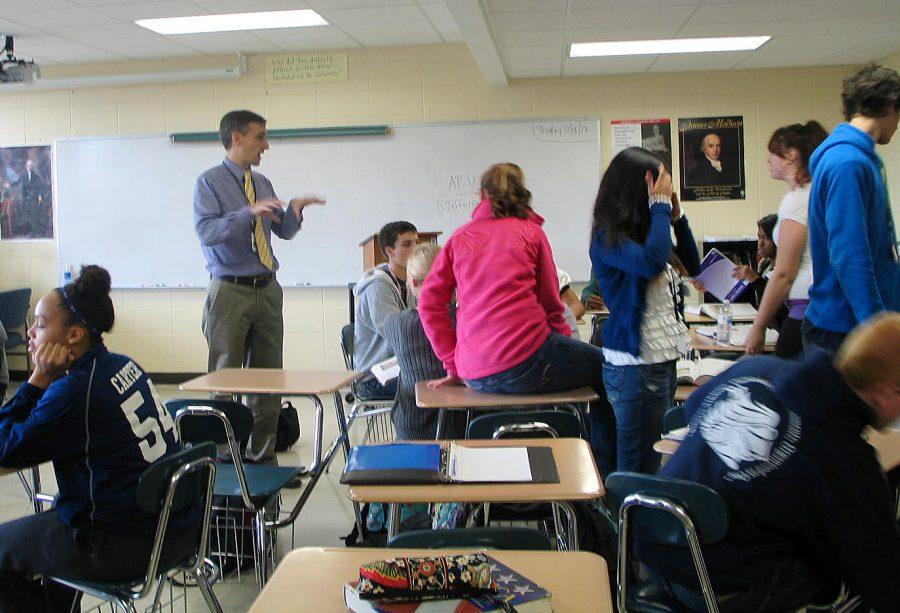 Were you looking forward to a class that suddenly got cut? If so, you wouldn’t be the only one. Many students at Loy Norrix High School got their hopes up about a class only to find out at registration that the class they were hoping to take had been cut. Senior Audrey Meyers and Senior Brianna Leip were both students of dropped classes.

Meyers was looking forward to taking AP Euro with social studies teacher Mathew Porco and was not aware that the class was no longer available until the day she went to senior registration. Meyers said she was frustrated and every class she was interested in was already full, forcing her to get stuck in AP World, which is technically a freshman class.

Leip was also looking forward to taking a class to only find out it was no longer being offered. AP Statistics and Probability was supposed to be Leip’s senior math class.

When Leip was asked about her reaction to AP Stats being, she said, “At first I was relieved, but then I realized that it was a class I chose, so it seemed like the school
[staff] didn’t want to see me challenge myself and succeed.”

In place of AP Stats, Leip is taking accounting, which she says she finds to be kind of embarrassing to be taking for her senior math credit. On top of that, Leip did not even choose to be in accounting. Leip also said that if Norrix would have informed her earlier on about the cut class, she would have been able to make better decisions for her senior year.

Teacher of AP Stats, Randy Rowe admits that he was disappointed about the class being cut.

“Not enough people were aware about it or how it is used. It’s a challenging course and is more useful in the real world than AP Calculus,” said Mr. Rowe.

Randy Rowe was not even formally notified about his class being cut. He found out by about four or five students coming up to him and expressing their concern for the class no longer being offered.

Principal Johnny Edwards admitted that the major reason for some classes not being offered this year was budget cuts and state funding. Edwards said, “Our budget is budgeting it to the penny,” and because of this, we have to make choices about offering or not offering classes more often than what we used to.