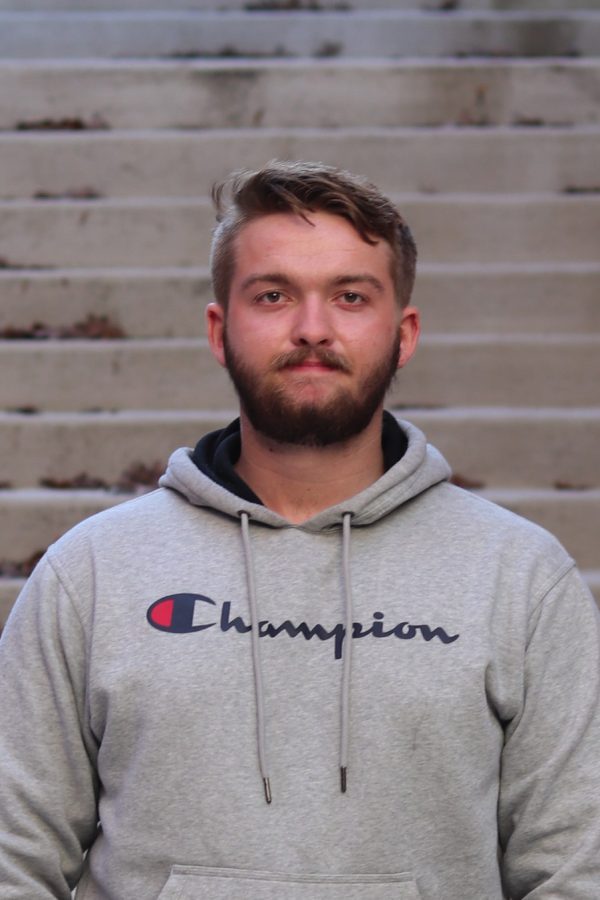 “I felt like I couldn’t get out of bed in the morning,” said senior Hank Perkins. “There was an entire group chat going at each other. It was constantly there and always looming over me, even if I tried to leave they would add me back to it. Thankfully, I was able to move past it and talk things out with everyone involved.”

Social media can have a plethora of negative effects on teenager’s and young adult’s mental well-being. Most teens use platforms such as Instagram, Reddit, Facebook, and Twitter almost every day, and more often than not, multiple times in one day for various reasons. Whether it be chatting with friends, sharing the occasional meme, or updating friends and family on what we did over the weekend, we all have that social media presence that we’re managing at any given time.

Though, there is a stressful side to social media that a lot of teenagers and young adults are constantly having to face directly or indirectly that can take a serious toll on their mental health.

Several studies have come to the same conclusion. According to the article “Teens and social media use: What’s the impact?” by the Mayo Clinic staff, “A 2019 study of more than 6,500 12- to 15-year-olds in the U.S. found that those who spent more than three hours a day using social media might be at heightened risk for mental health problems.”

“I think overall students would be better off without social media,” said Perkins. “Students are usually so focused on stuff online that they’re missing out on time outside of it and chances to do other things that might be more helpful to them now and in the future, which definitely can cause more stress for them.”

By just using social media, more of a risk is posed to preteens and teenagers at impressionable ages, especially with the staggering seven hours that teenagers are, on average, spending online, which was found from a study in the article Screen Time for Teenagers: How much is too much?. Cases have been found where kids and young adults are being exposed to hateful activity on the internet, though that isn’t completely eliminated in schools or in other aspects of real life, it cannot necessarily be eliminated from the internet either.

These issues are also most often related to cyberbullying or actions performed online by people to other people with the intention of harming them or young people’s emotional well-being.

According to the presentation “Cyberbullying among Students*” put together by UCLA, “Researchers report a litany of problems (see the accompanying list of references). Among the many correlational findings are suggestions that [cyber bullied] students have higher levels of anxiety, lowered concentration, missed schooling, poorer grades, lowered self-esteem, emotional distress, depression, substance use, and suicidal behavior.”

Despite efforts displayed by local and federal governments, cyberbullying has been around since the 1990s and has caused students to harm themselves in cases dating back to as early 2007 when a young girl was using MySpace to interact with a gentleman under a fake alias which led to several instances of self-harm. It is safe to say that things like that are still present and actively happening to people today.

“Just this past year I knew somebody that was having rumors spread about them online,” said Perkins. “It followed them in and out of school. There wasn’t an escape for them from it. It took a lot out of them and they changed as a person because of it.”

Social media is an expansive platform for individuals to express themselves, but it is not always in a good way, such is the way that cyberbullying is spread and often encouraged online as well as other forms of negative behavior that can cause harm to the individuals viewing it.

You can’t ever really get a break from social media unless you quite literally do not have it. According to the article How Using Social Media Affects Teenagers by Rachel Ehmke, “…that, in and of itself, can produce anxiety. Everyone needs a respite from the demands of intimacy and connection; time alone to regroup, replenish and just chill out. When you don’t have that, it’s easy to become emotionally depleted, fertile ground for anxiety to breed.”

Ehmke is speaking in regards to relationships with any individual online and how there is a constant connection between millions of people. This is especially true for high school and middle school students that are making, losing, and maintaining friendships from school, online functions, and other various events, not to mention the relationships formed with individuals while gaming online.

However, social media isn’t all bad. As it does present people with a multitude of options in regards to public expression, communication, and other various forms of freedoms that people can exercise at their own discretion. Though, the negative effects seemingly outweigh the good that social media can present for people in certain regards.

“People can use social media in many good ways,” said Davis. “But, it can also be used to harm people a lot more extensively than the good it can do for them.”