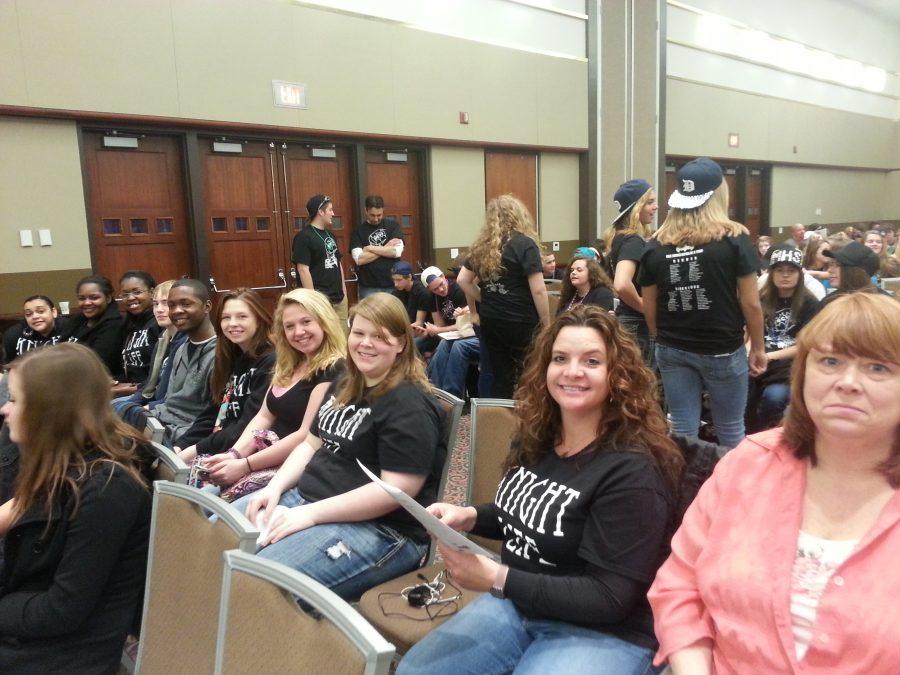 On Monday, April 15, 2013 the state awards for Michigan Interscholastic Press Association were given and Knight Life walked away with silver rankings and 10 individual honors.

The Knight Life staff entered Knight Life newspaper and website articles into a competition at MIPA, with over two thousand other entries. MIPA is a service organization that is dedicated to working with students and teachers to enhance student media. Every entry was evaluated and students from our news staff and guest artists were given awards.

The editor-in- chief thinks that the newspaper needs to up their game and strive for 1st and 2nd places. “Yeah, sure it’s great but it’s not good enough,” said Davis about her honorable mention.

Ben Miller, Nikia Jackson, and Anthony Foti got an honorable mention for their Monopoly board centerspread detailing the school’s classrooms from issue 3.

Erin Romph got an Honorable Mention for her article on germs for the environmental health section. “ It felt like my work was noticed,” said Romph.

The only non-staff member that was entered into the MIPA contests, Lori Umbanhower, received an honorable mention and a 2nd place in the Comic Strip category.

The overall ranking for the website and newspaper were both silver.
“I almost cried but fortunately I have next year; I hold the newspaper to the same standard as sports and I hate to lose,” said the Editor-and-Chief Asia Davis.

The Newspaper might have not lost this time but when they were heading up to Lansing their expectations for the newspaper were higher.