GSA Wants You to Be an ALLY 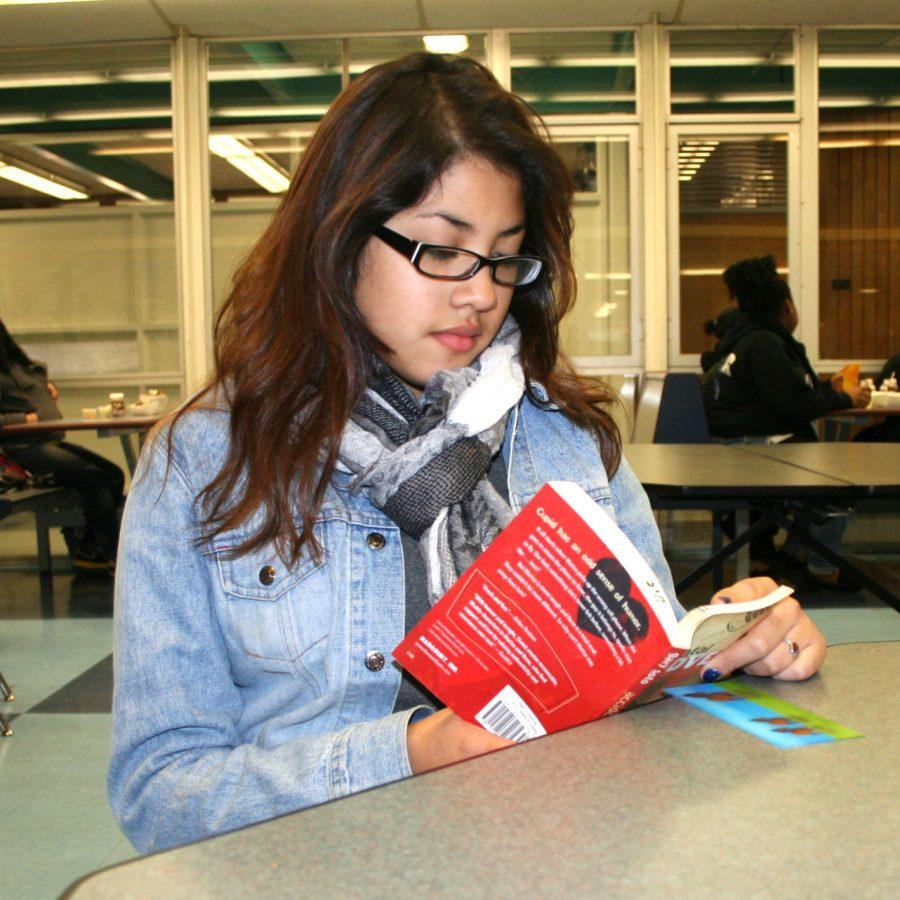 Executive leader of the GSA Cynthia Romero Diaz sits at lunch reading for English. She actively speaks out for the LGBT community in and out of school.

“I want to be an ALLY and help people who can’t fit in,” said junior Cynthia Diaz.

Every Friday right after school students conduct a meeting for Gay Straight Alliance, or GSA. These meetings are to help others who are struggling in the lesbian, gay, bisexual and transgendered community to become more comfortable with themselves in a positive environment. No one is judged and everyone is welcome to come any time they want.

“This is the first year I have been coming every Friday,” said junior Oscar Mireles. “It’s a nice open minded place.”

Last week was ALLY week, which consists of someone who supports their friend in GSA or the LGBT community. Diaz and Mireles are considered to be allies. Both of them participate in GSA, support the LGBT community and are not afraid to speak up about it. Having an ally in the LGBT community helps others know that they have the support of others when they may feel like they do not.

“A lot of my family members are lesbian and gay so, I go to show my support for them,” said Mireles.

Anyone can be an ALLY whether you are a student or a teacher, gay or straight or you are simply new to the whole situation.

During ALLY week the GSA has previously had events where they have handed out stickers, wristbands, and bracelets for allies. This year the GSA conducted a meeting focused on allies. During the meeting a blank white paper was used to trace the body of a student. Inside the tracing, positive traits an ally should have were written down. On the outside of the tracing, negative traits that an ally should not have were written down.

“Our main goal was to focus on specifying that everyone needs allies,” said senior Olivia Lyszyk. “We want to raise support from the heterosexual community and build wider than just LGBT.”

Becoming an ALLY is quite simple. Showing support and aiding a friend in the LGBT community without judgment is all it takes to be an ALLY. Speaking up for LGBT friends and others can make you an ALLY as well. Going to GSA meetings can help you with becoming a better ALLY. During GSA speakers, your peers and sessions that involve helpful tips are available to assist you on your journey as an ALLY.

Not sure if you would actually be an ALLY or what you are supposed to do, go to GSA. Oliva Lyszyk, Cynthia Diaz and Lillian Slack are executive leaders if there are any questions. Meetings for GSA are Fridays at 2:20 in Williams’ room K-14. Resources for becoming a better ALLY are available at these meetings.