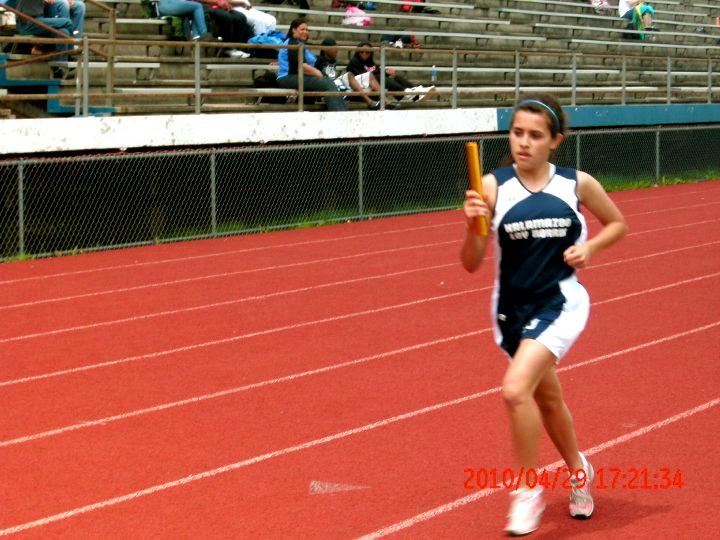 It was completely silent, until BANG! The start gun is fired. The competitors immediately jolt from the starting line with the single goal of winning the race on their minds.

Jade Hubbard, senior Cross Country runner, has accomplished this goal many times during her running career at Loy Norrix.

“Being able to do good in races truly boosts my confidence and tells me that I’m born to run,” said Hubbard.

Over the last four years, Hubbard has won the MVP, Scholar Athlete, All-Conference, and All-Division awards. Her success is one that she strived and fought for.

She developed the idea of running competitively in elementary because she would always finish in first place. That is when she joined Girls on the Run; a nonprofit running program for girls ages eight through twelve.

“Girls on the Run is an organization that focuses on teaching young girls how to stay active and healthy through running,” said Hubbard. “What you do is run and do a large community service project at the end of the season.”

Hubbard did not stop there. She continued running throughout high school and senior year she placed 11th in regionals, qualifying for the state final. Hubbard represented the school well by running a 19:46. Out of all of her key moments running for the Loy Norrix Cross Country team, Hubbard’s favorite memory is going to states.

“It was so new; it was a totally different environment,” said Hubbard.

Hubbard admires Lauren McGlinn because she is “someone who can motivate me when I feel like I’m about to give up.” McGlinn is Hubbard’s role model and person she looks up to.

McGlinn, former Loy Norrix Cross Country runner, graduated in 2011 and went to the state final her sophomore year. She was a key leader and motivator on the team.

“She [McGlinn] always had a positive attitude and would push me to do better,” said Hubbard.

Hubbard has always strived to reach her goals and run whenever she can.

Hubbard said, “I really love it [running]. It’s in my heart and I can’t see myself without it. It is a part of me.”