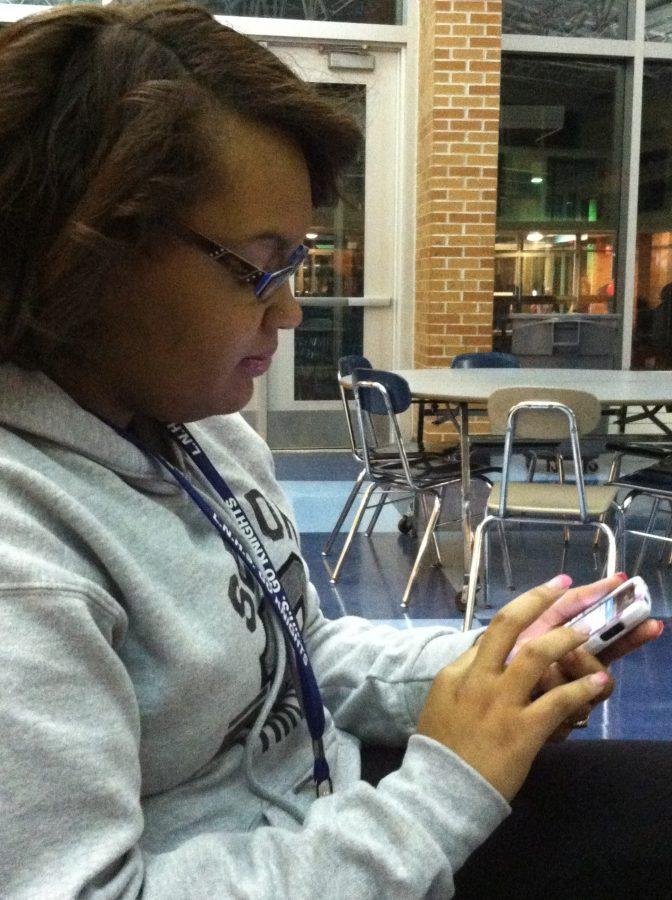 Photo by Nikia Jackson Senior Cassie Thompson is checking her Facebook for new updates. Thompson checks all of her social media sites every 30 minutes.

Facebook was launched in February of 2004; it is one of the most popular and well-known social networks today. Facebook can re-connect high school friends and keep you up to date on your friends and families lives. Facebook is for all ages to enjoy, but the behavior of some Facebook users is out of control. Facebook has become the website where teens argue with each other and create dis pages about people and certain schools. Facebook is becoming the new “Myspace,” the website that no one gets on any more because it is being replaced by twitter and Instagram.

“Twitter is awesome because it’s constantly being updated, and I know what my friends are thinking twenty-four seven,” said senior Cassandra Thompson.

I check my social networking sites like every thirty minutes continue Thompson.

Instagram is a social media site that lets you take as many pictures as you want and send them right to the World Wide Web. It lets you show the world pictures you have taken right after you have taken them. Two men named Kevin Systrom and Mike Krieger created Instagram and launched it in October of 2010.

“I like instagram because it’s fun and your pictures get to the web really fast. It’s also a cool way to show people how you interpret life through pictures,” said senior Tyrell Wilks-Williams.