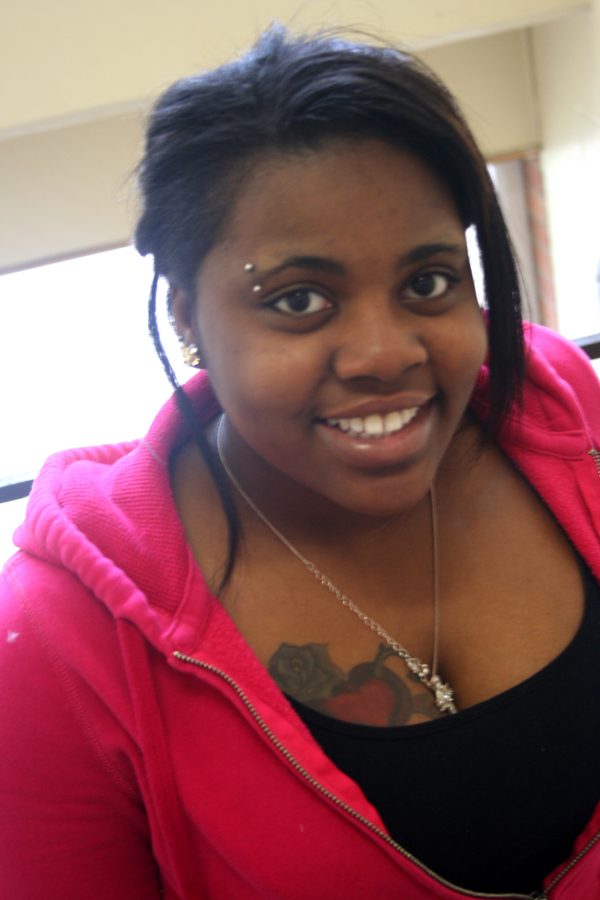 Photo by Sydnee Stannard Walker is not the only one to get a tattoo at Loy Norrix. There are many students who have more than just two tattoos.

Scars are a permanent patch of skin that grows over the skin, they are there forever just like tattoos. Tattoos are a masterpiece to some and a disgrace to others. They are frowned upon in some environments and praised in others. This generation has become accustomed to body artwork because its such a common thing they see

Catherine Walker, a senior, is one of many seniors that  has a tattoo. She got a heart with a rose and vines intertwined on her right chest. Her decision for getting the tat

too, however, varies from others. Walker decided to get it to cover up history.

When Walker was 16, she started noticing something odd about herself. She didn’t take any action until two months after noticing. She visited the hospital and found out that she had to get a cyst removed from her right breast. After the removal of the cyst, the doctors realized that it wasn’t just a cyst but it turned out to be a tumor that was not cancerous.

Some get tattoos to symbolize their family, mourn a loss, celebrate a beginning, or express themselves permanently. Walker got her tattoo to feel secure and to cover up the scar she received from her surgery.

“I would notice it more, acknowledge it. It would just be a constant reminder,” Walker said.

Walker made it clear that if she didn’t have her tattoo, she would always notice the scar and always remember what had happened to her.

Now Walker embraces that area of her body. She likes being able to show off her tattoo and not that scar that always reminds her surgery.

Walker is not the only one to get a tattoo in order to cover up a scar. In fact, it’s very common. Actress and singer Demi Lovato is someone in the eye of many people who decided to get tattoos on her wrist in order to cover up the scars she has on her wrist. On FoxNews.com, Lovato explains that now she looks at her skin as being beautiful and being thankful for being alive.

Without looking at the meaning of why a person gets a tattoo, the widely established judgment is that tattoos are unprofessional and don’t look very well.

“It’s not stupid to just get a tattoo, I’m actually getting another one soon,” Walker said.