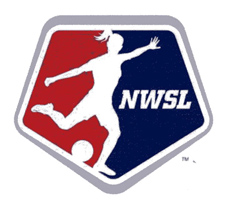 From day one of high school athletics, students are taught to “dream big” and “set high goals”. The student athletes that take their sport seriously often have aspirations to play at the next level, many dream of playing in college and eventually professionally. I have played soccer at a competitive level for many years and have noticed that for women players, playing soccer at the professional level is a farfetched dream.

Women’s professional soccer in the United States hasn’t exactly been successful in the past. Both the Women’s United Soccer Association, which started in 2000, and Women’s Professional Soccer (WPS) that began in 2009, folded just after three years.

After three attempts, a new women’s league has been announced to launch this spring. The new announced National Women’s Soccer League (NWSL) will be made up of eight teams across the U.S. These teams will be located in Boston, Chicago, Kansas City, New Jersey, Portland, Seattle, western New York and Washington. This league will be funded by U.S. Soccer and along with the participation from multiple national players, should be a success.

U.S. Women’s soccer has made a name for itself worldwide; winning the Women’s World Cup in 1991 was just a start. Since then, the U.S. Women’s National Team (USWNT) has been a force to be reckoned with. According to FIFA Women’s World Rankings, the United States Women’s National Team is first in the world among many other strong teams such as Brazil, Germany and Japan. For many women players it is difficult to understand why keeping a professional league in the U.S. is so challenging, especially with the success of the national team.

Women’s soccer captain and Loy Norrix senior Scout Krueger has strong opinions about this controversy. “If the women are more successful, then they should have a chance to compete at the levels they want to.” Kruger continued, “Having a successful professional league for women would inspire a lot more girls to keep playing soccer.”

Male soccer players in the United States do not have this problem. Major League Soccer (MLS) was founded in 1993. This league is made up of 19 professional soccer teams, spread out across the country. Each team is owned and controlled by individual investors.

Although this professional league has been a success in the United States, the U.S Men’s National Team (USMNT) is ranked 28th in the nation as of January 2013. In comparison to the women’s team, the men cannot compete with players from all over the world. As soccer quickly grows to become a more popular sport in the United States, we must begin paying more attention and give support to the true competitors, the women.