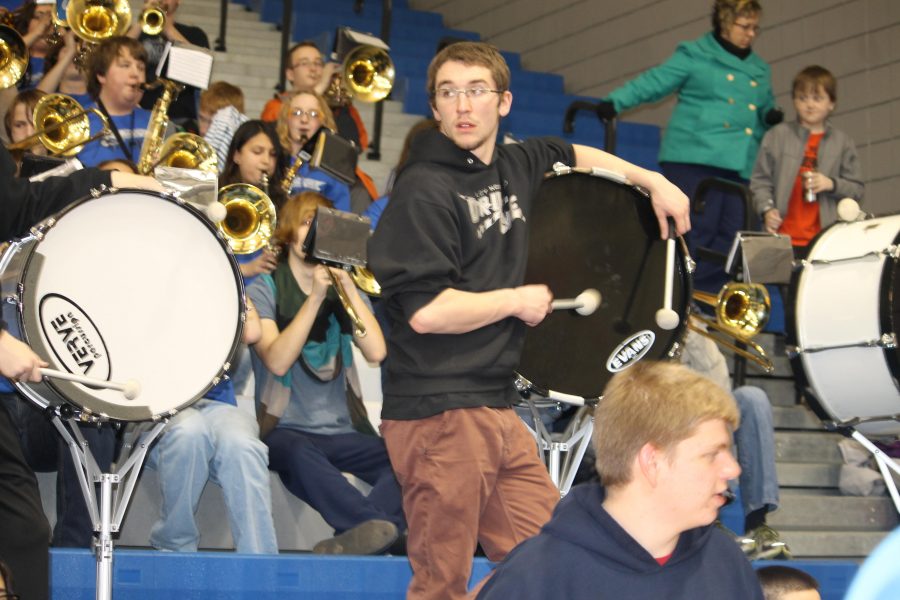 Not many high school students have the breathtaking experience of marching in a parade and looking up to see a skyscraper.  However, the Loy Norrix Marching Band got this opportunity on Saturday, March 16th when they marched in the St. Patrick’s Day Parade in Chicago.

Rivets Drummer, the band director at Loy Norrix High School, helped put this trip together because the Loy Norrix band does not regularly travel outside the state with their instruments.

“We had to get in touch with the parade coordinator in Chicago which was a very difficult thing to do,” Drummer said.

One of Drummer’s students, Simone Smith-Ozier, a senior clarinetist, enjoyed her time in Chicago aside from the cold and snow.  She felt that the trip brought the band even closer together by “talking to people you usually don’t talk to and sharing stories.”  Smith continued, “It was really fun because we were the only band from Michigan and there was a lot of people cheering for us.”

Smith is not the only one who had fun spending time with the band and marching.  Senior Tasia Heintzelman said, “It was a new experience because there was a lot more people than in any parade in Kalamazoo, but it was a lot shorter.”

After the band marched their three blocks in the St. Patrick’s Day Parade, they went to visit a couple different places around town.

“My favorite part of the trip was when we went to see the green river,” said Heintzelman.

After admiring the Chicago River that was dyed green this past weekend in honor of St. Patrick’s Day, the Loy Norrix Marching Band went out for some deep-dish pizza.  Finally, after a long day in the city, the band returned to town around 10 p.m.  In the eyes of many, the trip was an overall success.

“I think they took a lifetime of memories away from the trip,” Drummer said.

“We were all experiencing something new that we’ve never experienced before and we could all experience it as one,” continued Heintzelman, reflecting on the trip.  “It was a rewarding experience for me.”