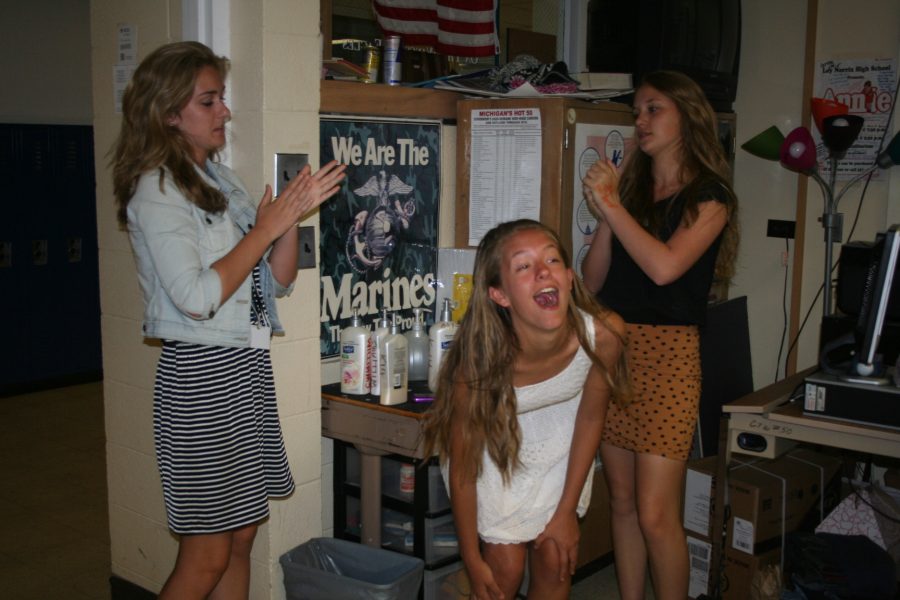 “Hey, do you have any lotion?” This is what Art Williams, Government teacher, was asked multiple times his first day teaching 15 years ago.

After getting asked this so many times in one day he finally asked his class what was up with lotion. “That was when I was first introduced to the concept of being ashy,” said Williams.

Williams then went out and bought a bottle of lotion. “The dialogue changed. I had total strangers coming into my room, saying, ‘hey, you, the man with the lotion,’” said Williams.

More and more students were coming in for lotion. It was becoming a distraction to his classes; he moved it to the door and bought more variety of scents. That was when the lotion bar was born – 6 years ago.

“Whenever I am ashy, I know the place to go to fix the problem,” said junior Greg Davis.

“Then it dawned on me that it was a wonderful and very cheap opportunity for me to meet a lot of kids,” said Williams.

Things then started to change. Twenty to 30 students were now coming for lotion each day. Junior Nic Aranda uses the lotion bar up to 15 times a day.

Now Williams has 6 to 8 different varieties at any given time. His most common is Mango Mandarin. Junior Danika Essix’s favorite is the mango. When asked what was his favorite, Williams said, “Most of them are flowery. Without being a sexist pig, that’s not manly for me so I usually go for the cocoa butter.”

Williams has a saying above his desk that he has had up since his first year teaching that says, “The secret to education is respecting the student,” he believes in this saying.  “I think that having the lotion bar available to students is a sign of respect and the relationship it fosters helps when they eventually enter my classroom,” said Williams.

A relationship is built without Williams even knowing the student’s name. “Sooner or later, I get around to asking what their name is. But it’s funny they all go. ‘Hey, Mr. Williams, can I get some lotion,’ so they know my name. That’s one small battle I have won.”