Freshman Awaits Time to Shine on the Baseball Diamond 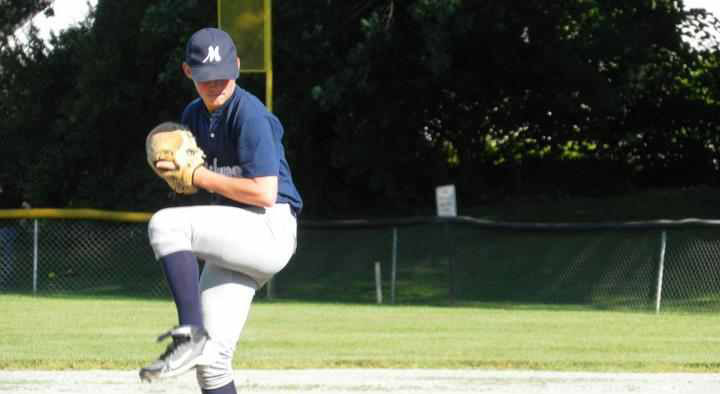 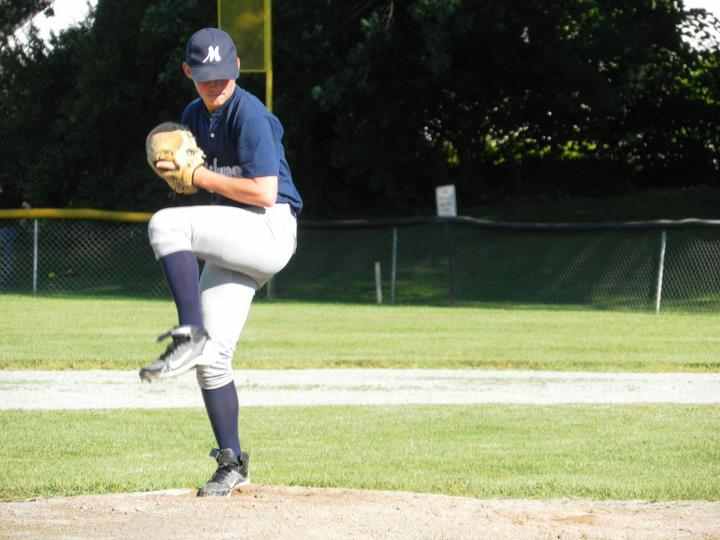 If you were to just glance, there is nothing all that flashy about him. He doesn’t have tons of piercings, he doesn’t have long, flowing hair, he doesn’t own a different pair of neon Nikes for every pair of neon skinny jeans he owns. No, his “flash” comes from the connection of ball on bat. He is building a flashy French name that might just get put out there with some of the best at Loy Norrix: Paul Vallier.

Born and raised his entire life in Kalamazoo, Michigan, Vallier comes from a family that includes ten siblings. Life isn’t always easy with such a large family, with conflicting interests, places to be and things to do. Yet a love of baseball is a factor that nearly everyone in his family has in common. His father, uncle and cousin all put their names into Loy Norrix history as members of the Knights baseball team.

With a baseball pedigree like that, it is fitting that the sport been embedded into Vallier’s life since a young age. He has dreamed of growing into an excellent player for years, even since his days at Winchell Elementary and Maple Street Middle School, and his dream appears to be coming true very shortly.

Vallier has not made a splash on the area; he hasn’t had the chance yet. The freshman’s impact could be felt when he takes the field for a Loy Norrix baseball squad that did not achieve as much as they wanted to last year. He and other players from this year’s freshman class are ready to help the Knights improve.

“I thought the varsity team could’ve been really good last year, but they just didn’t play up to their potential,” Vallier said of last year’s 3-28 varsity team. “I hope to make varsity, and it would be really cool to help get [Norrix] back to a winning season.”

Baseball is not all about winning in Vallier’s mind, however. It is also a way to build up his social life. Quite a few of his lifelong friends were made on the diamond. One of those friends is not only a buddy to hang out with, but a teammate in Austin Thompson. They both played for a squad that Vallier looks back on as one of the best he’s ever played on: the 2009 Milwood Little League team that advanced all the way to the state tournament.

Thompson and Vallier worked together on a team that surprised more than a few people in upending very good teams in South Portage and Gull Lake to reach states in Tecumseh, Michigan. The tournament was the highest honor a player of their age could reach in the world of baseball, outside of the Little League World Series.

“Us beating South Portage in game two of the district championship series to tie it and force a winner-take-all game was the best moment of the tournament,” Thompson said. “Even though we lost [the sudden-death game], that game that tied the series was the best game we ever played as a team.”

The game to tie the series featured excellent all-around play by the entire team, and although their dream season was over after the very next game, the joy of reaching states was not lost on the team.

““It was rough, but at least it was to a good team,” Thompson said of their elimination loss. “No matter what, though, I’ll always remember that tournament. It was one of the best times I’ve ever had.”

Vallier took the series as a hint of what was to come if he could experience success at the high school, and maybe even the college and pro, level.

“We lost pretty quickly, but it was a really good time for me and my teammates,” Vallier said.

Fast forward three years, and he has gone from being in the biggest youth tournament in Michigan to being prepared for big-time high school baseball. He’s the one who is okay with being in a small city like Kalamazoo, because it means he can really shine out from the rest of the city’s players. He’s the one who works the whole off-season to be more than prepared for game time.

And he looks to change the culture of Loy Norrix baseball to a winning one as nothing more than “fresh meat”.