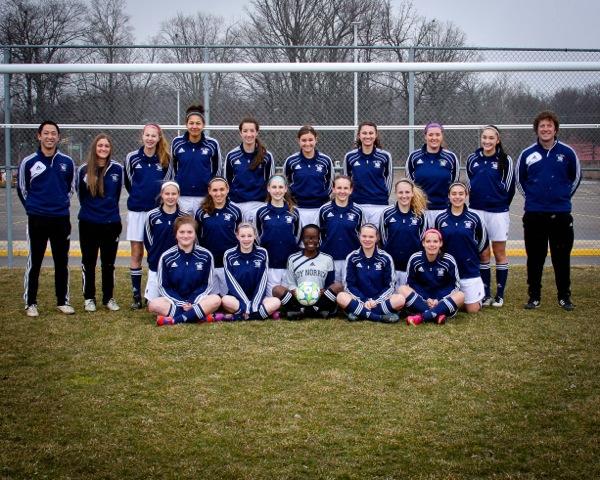 People see high school soccer as just a game, but this game is more. The game all the seniors have been waiting for, the last game against rival Kalamazoo Central. On this cool crisp night the fans piled in to watch the rival teams bash heads one last time and hoped for their team to win to show pride for their school and show who really dominates the city of Kalamazoo.

As the fierce battle fought on, the Lady Knights brought their A game and were prepared to beat the Maroon Giants. A demolishing 8-0 win brought our Lady Knights to a 11-3 record, making women’s soccer just another sport here at Loy Norrix to defeat crosstown rivals Kalamazoo Central.

“Beating Central is one of the most important things ever. That’s the one game you look forward to in your season,” said freshman Traver Parlato.

Beating Central is a big thing here at Loy Norrix and each win caps off the main goal of a great season and shows the talents of our sports at Loy Norrix.

“It really felt good to win it for the seniors, especially because it’s their last time.” said freshman varsity member Grace Labadie.

Being a key player in this years team, Labadie hopes to continue this battle and plans to beat Central in her next 3 years with the help of the other freshmen on varsity and future players.

“I’m really happy I got to watch this team play, they are really good and it was awesome I got to watch all these talented players play before they leave. I can’t wait to see how the season continues,” said freshman Jake Link.

With five talented seniors leaving, it means underclassmen can work now to fill the big shoes being left behind. Each player being a key part of our strong Lady Knights team, will be tough for the future players but players start now to fill in next season.

This was a rivalry game, but not just any rivalry game, the last one for our five seniors. Also it was the last game our seniors will play on their home field, the final home game of their four-year career and our Lady Knights’ ended their home and rivalry career with a bang.