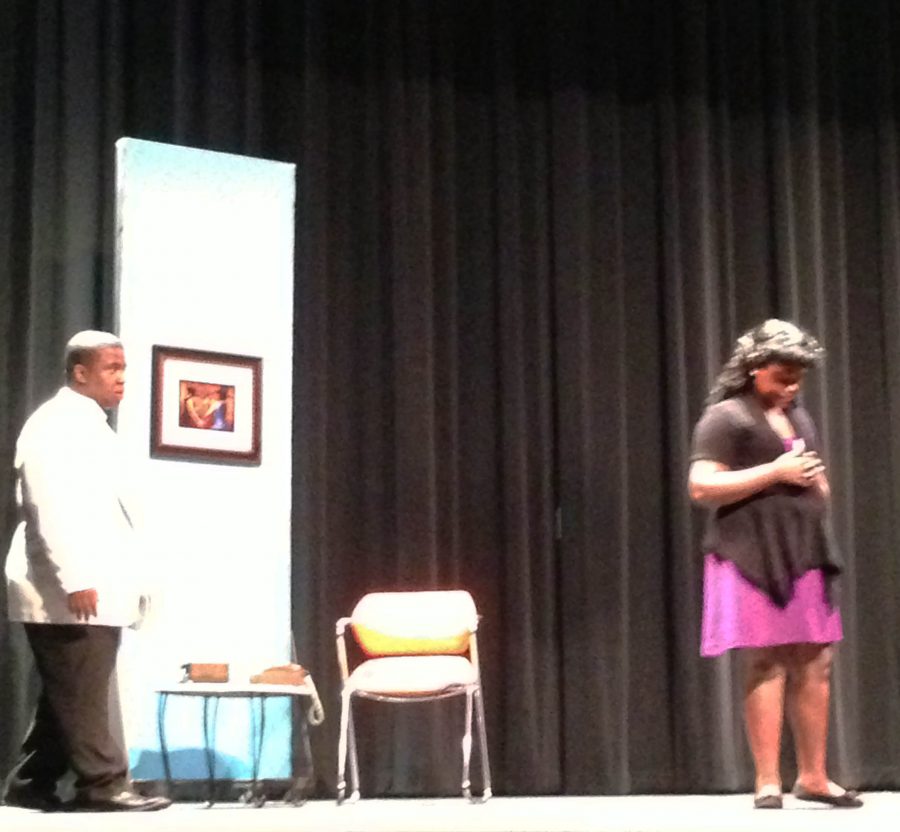 Starting at a young age, parents and adults always ask kids what they want to be when they grow up. Most kid’s answers are a Disney Princess or a Ninja.

Sophomore Joriah Flemming has known what he has wanted to be ever since he was a young boy. Fleming has always wanted to be a performer. He has been in choir in middle school when he went to Maple Street and when he got into high school, he joined Master Singers, which is an audition-only group.

Since then, Fleming has been working on making up choreography for the shows performed by the choir department for the 2011-2012 and 2012-2013 school years including, “Taste of Disney” and “Taste of Broadway.”

Recently Joriah wrote, produced and starred in his first musical called “Dream: A New Musical.” Students including Corinne Swarthout, Greg Davis, Ruby Hensley and many more put their faith in Fleming to produce a successful show.

The musical was about Martin Luther King Jr. and Fleming’s interpretation of King’s life with his own twist to it. The story follows King Jr. and his wife and their journey through America and the struggles their family had to overcome.

“I’ve always been intrigued by the story of Martin Luther King Jr. and it’s one that is very influential to me as a person as well as the world in general,” said Fleming. “I also just wanted to show a side of his story that one doesn’t read about in history books.”

The musical not only shows the physical journey, the emotional journey with the characters. The actors in this show did a great job of displaying a clear image of what really occurred back in the 50s and 60s dealing with racism and civil rights. The actors played the characters well and let their true emotions shine through. When King was shot, the family was devastated. The actors’ sorrow showed when they sung about their beloved father/husband.

“I feel like we sometimes forget that Martin was just a man with dreams like anyone else,” said Fleming.

“I began to cry because of the fact I had never been more proud of him than that moment,” said Baker. “I was in pure shock that my best friend could pull of such an accomplishment.”