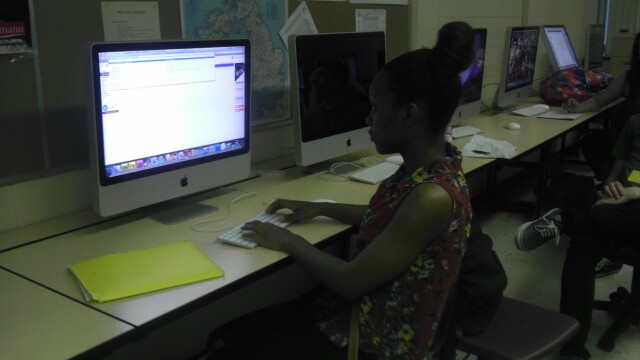 When you type your Grandmother’s name in the search bar on google.com, the last thing you want to see following her name is the word “missing” after it. For 17 year old Diamond Shaver, this is reality.

September 8, 2007 was the day that Diamond’s grandmother, Renee Kyles, disappeared off the streets of Kalamazoo, Michigan. She was one out of the 2,300 people that go missing every day, according to trutv.com. This was the day that would have a huge impact on Diamond’s life for many years to come.

“She had many husbands and one got her addicted to drugs,” said Diamond about Kyles. “When my mom was older, she moved her to Kalamazoo to try to get her off of drugs.” This did not work, as she always had people at their house doing drugs.

Diamond’s Grandma was the one that raised her when she moved to Kalamazoo. Diamond said, “My mom was always working.” This resulted in Diamond being very close to her grandmother.

“You couldn’t tell she was on drugs until she experienced withdrawal,” explained Diamond. “She was mad and said that she was gonna go away and not tell anyone since she thought she was such a problem.” Two weeks after she said this, she went missing.

At first, Diamond did not think much of this happening, but after months passed, it finally hit her that it was serious. Diamond thinks her life would be a lot easier if her grandmother were still here with her. An article found online states how “Kyles’ disappearance, her family said, has deprived them of a woman devoted to her family, who lifted the spirits of those around her, talked fast and cracked funny jokes.”