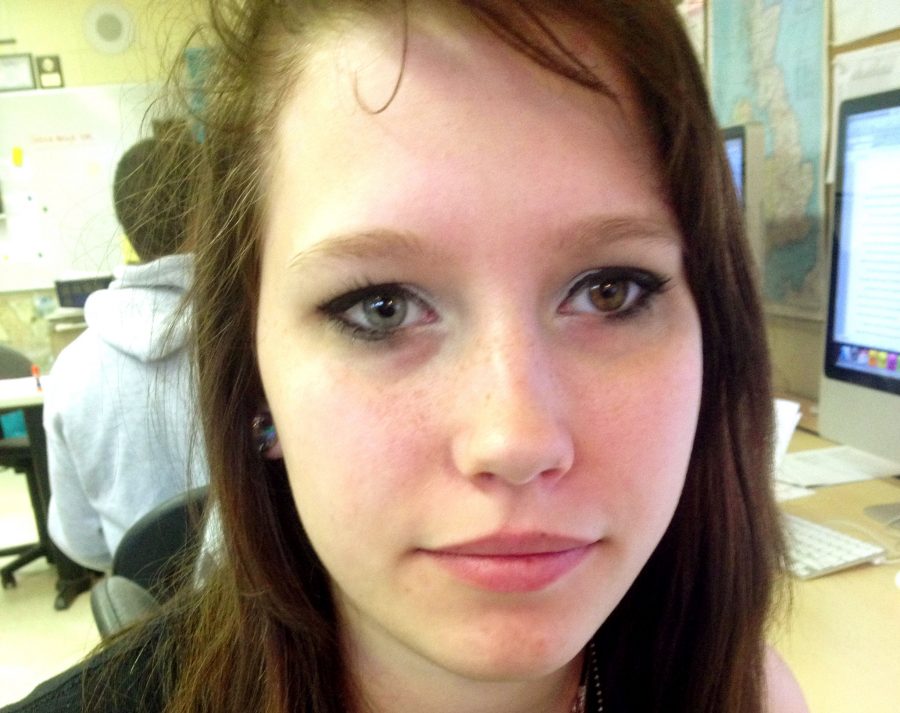 As soon as you look at Taylor Krupianik you’re drawn to her eyes, the right a silvery blue and the left a golden brown.

This unique difference in coloration is referred to as heterochromia iridum. Dr. Foster P. Carr from Health Tap Incorporated estimated the total percentage of humans with different eye colors to be less than one percent. However, in addition to her unusual trait, sixteen year-old Krupianik was born with a complete lack of vision in her left eye. She explained that her premature birth was the major cause behind her blindness.

“It’s really difficult ’cause there’s some things you can’t do,” Krupianik admitted about her condition. “It’s gonna be hard for me when I start driving.”

Other teenagers complain about having to go through driver’s education courses while Krupianik just wishes she could easily see the road. Although driving restrictions for the visually impaired vary from state to state, most states will allow people to drive so long as they have at least one functioning eye. Certain rules may apply, such as not being able to drive at night, reports Russell Huebsch, eHow Contributor. Usually, losing sight in an eye does not significantly impair the ability to drive a car.

Krupianik can’t participate in fun activities such as seeing three-dimensional movies since 3-D glasses rely on sight in both eyes. She described her friends’ unintentional exclusion of her when they go out because they “forget about [my blindness].”

“Sometimes I wish I had full vision just for a day so I could see what it’s like to see everything so clearly,” Krupianik confided.

Although most treat her with respect, there are some peers who act cruelly to Krupianik. “People like to sneak up by me ’cause they know I can’t see in [my left] eye,” she illustrated. “And sometimes they’ll cover my good eye and I won’t be able to see.”

Despite the difficulties her blindness has produced, Krupianik still enjoys writing and drawing. It helps her escape from stress and other frustrations. Her everyday problems are “normal,” consisting of watching over her three younger siblings and assisting her grandmother in coping with her grandfather’s lost battle against cancer.

She dreams of pursuing a career in cosmetology, her ability to style hair unaffected by her monocular vision. However, she agrees that many teens take full vision for granted.

Forced to tolerate her condition, Krupianik acknowledges her experiences, as they have helped her develop a mantra: “I don’t try to look forward…I want to see things as they happen. You never know what could happen that could change your life.”