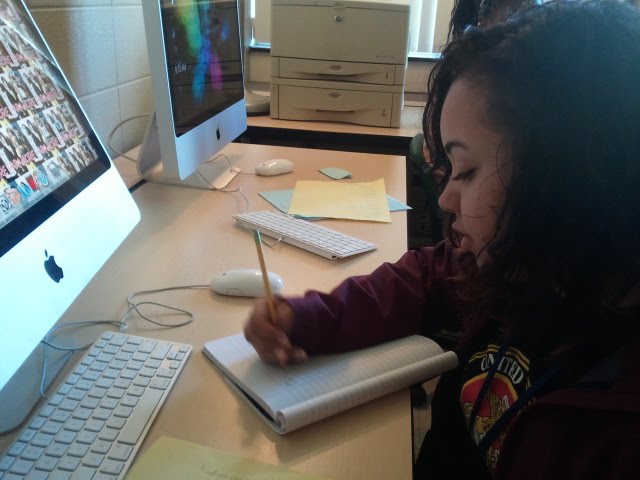 “Eww, what are you wearing?”

“Well, what’s wrong with it?” she says with a frightened tone, afraid of the chance of getting hurt.

Jameelah is part of the 77 percent of students who have been bullied, whether physically, mentally, or verbally. She was picked on all throughout elementary school, other students considered her as “weird”.

Jameelah’s third grade teacher,  Mrs. Hokenmair, told Jameelah her writing was strong. At that moment writing became Jameelah’s passion. Her main topic became bullying after seeing a documentary about it. Mrs. Hokenmair didn’t only point her towards writing, but she also helped her deal with bullies. One in 4 teachers see nothing wrong with bullying and will only intervene 4 percent of the time, according to dosomething.org

A moment she will never forget is during her freshman year when students began picking on a disabled kid.

“It was a moment that clicked and made me realize that I could be doing something” said Jameelah.

She wanted to help but was afraid people would reject her idea for a bullying program.

“People before have said they hate, me and I didn’t even know them,” said Jameelah. “A friend of mine got bullied a lot and I always tried to step in.”

According to dosomething.org, fifty-six percent of students have personally witnessed some type of bullying at school . Having to deal with that at a young age shaped who Jameelah is now. Jameelah became more closed off and shy, fearing she could be bullied more. Jameelah is just one of 3.2 million students who are victims of bullying.