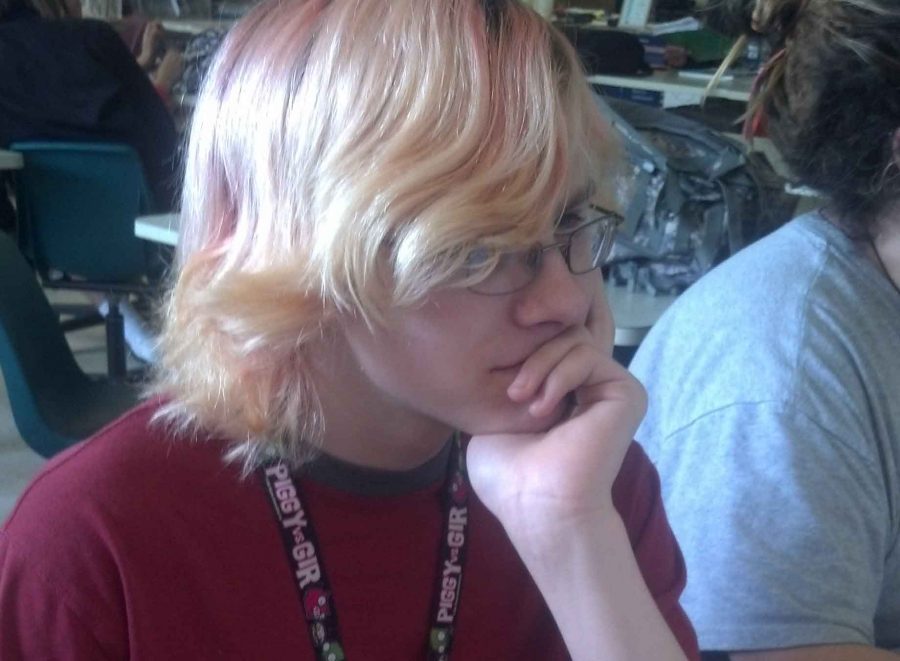 “Art takes me into my own world, it gets me away from the consistent annoying people of life,” said Ash Freed, an independent student artist at Loy Norrix.

“Pokémon got me started in art. I took what I saw on the screen and started drawing.” said Freed

Once started, Ash’s interest in art only became stronger as he grew. Ash’s creativity shows in his art drawing things other than your standard fruit bowl or vase of flowers.

Creativity isn’t all that Ash needed. “Growing up, I hated criticism but it occurred to me later on that I actually needed criticism.”

Ash explained that through criticism and studying various styles of art, he has become better. Ash believes there is no such thing as perfection, only room to improve. This is a rule he made for himself that he applies to all of his work.

Ash lives with both his parents and six siblings.

“I have very strict parents and six sometimes annoying siblings, I am also the oldest out of the six. My parents look to me to be their role model.”

Ash’s creativity rubs off onto his younger siblings as they often try to draw just like him, only to feel inadequate in comparison. Ash is an artist of pure creativity much like Da Vinci or Poe. He even feels  that his art affects his social life, which seems to be a trend for great artists.