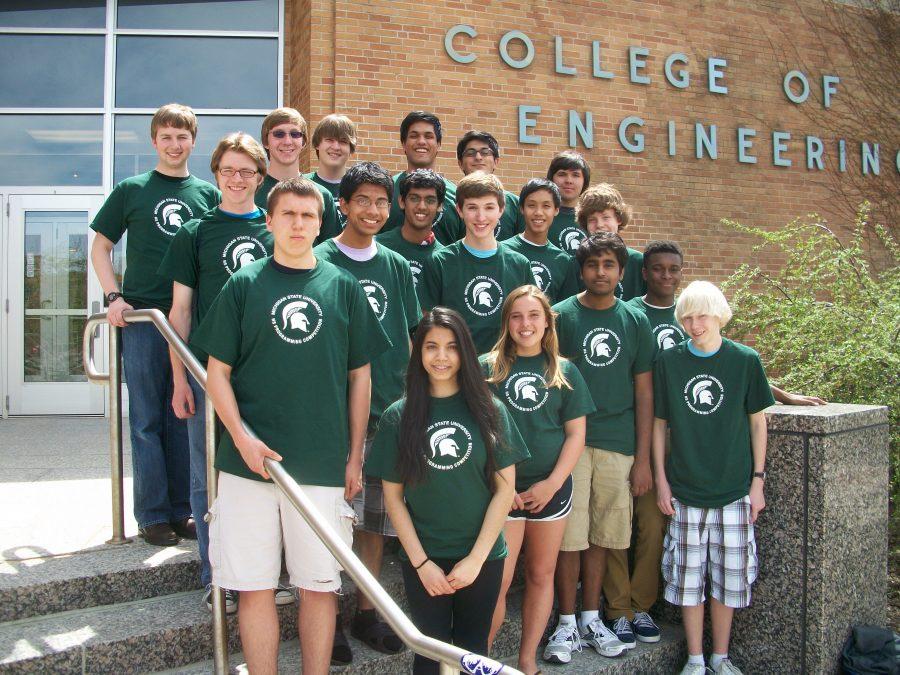 It was a chilly Friday morning late in March when the Programming Team set off for Raleigh.

“We left at five a.m. and then rode in a car filled with programmers for twelve hours, which was… weird,” said Ben Dunham, Loy Norrix junior and KAMSC student.

What is in North Carolina that could possibly merit a twelve-hour car trip? The ACSL International Invitational.

The American Computer Science League (ACSL) holds an annual programming competition in which KAMSC takes part. There is a “regular season” or preliminary round which consists of four competitions and serves as a qualifying round for the All-Star, or “finals”. All-Star teams are the top scorers in their regions. The KAMSC CS team — which is voluntary and consists of seniors, juniors, and a few sophomores — competes in the Intermediate-5 and Senior-5 divisions. KAMSC sophomores also compete in the ACSL Classroom Division as part of the sophomore curriculum.

The KAMSC CS team has had a successful season of programming this year. The Senior-5 and Intermediate-5 teams both came in second in the region in the preliminary competition, and the classroom division (literally every KAMSC sophomore) came in second overall.

Team Advisor Shannon Houtrouw said that the team’s hard work paid off. “I never had to twist their arms to practice,” he said. “We practiced weekly for the past 3 months when we weren’t already competing somewhere else. We took a lot of extra time focusing on the more difficult problems.”

According to Houtrouw, this is the best ever finish for a KAMSC Senior-5 programming team.

“There was no question these guys really wanted this,” he said.

Vorbrich has been a member of the team for three years and was with the Senior team at the Raleigh competition, as well as last year when the Senior team placed 13th overall. His individual score this year was 38 out of a possible 40, meaning that he only missed two points in the preliminary competition. He won the 2011 and 2012 USA Computing Olympiad Bronze Awards, and the 2013 USA Computing Olympiad Gold Award. He was unavailable for comment.

Ben Dunham competed with the alternate team in Raleigh (had one of the Intermediate-3 teams been unable to compete, Dunham’s team would have filled in their place). He was also part of the regular season Intermediate-5 team which finished with a perfect score this year.