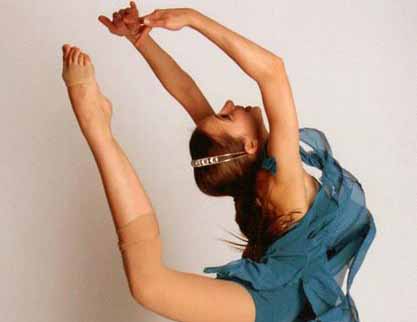 Imagine dancing six days a week. Being on your toes for hours as you feel the blisters burning through your skin. Yet none of this stops the enjoyment and excitement Shelby Rife gets from dancing.

Rife is a typical girl with typical dreams of becoming a kindergarten or a Spanish teacher at the University of Michigan.

Going to a bilingual school, Lincoln Elementary, really helped her understand the differences between the languages she now knows, English and Spanish.

“I want to continue in college,” Rife said about her dancing.

Her favorite type of dancing is ballet and her second is jazz. “I love jazz because it’s so upbeat,” said Rife.

The difference is that ballet is more classical and you get to see the dancers in creative costumes while jazz is upbeat and has a faster tempo.

Rife said, “When I was younger I liked it because I liked to jump around and wear all the costumes.”

As she got older, she realized dancing became a big part of her life. It’s a way she can forget about everything that goes on around her.

Rife started ballet at a young age, 5. An average ballet student should start around age eight so their bones aren’t as damaged when they start to wear point shoes, according to About.com.

Point shoes are made out of layers of fabric and glue covered with satin. Rife breaks in about 7 pairs of shoes in a year. She still gets blisters every time.

Once when Rife was 12 years old, she got the chance to audition for the Ballet Arts Ensemble, a nonprofit, youth Ballet Company.

You need to be at least 12 years old and be able to dance on point to audition.

Rife was so nervous. You could imagine her heart pumping and her palms sweating, hoping she would get in by giving all she had.

In the end Rife had an amazing performance and the judges put her in the group.