Guest Article: Student Turns Her Life Around For The Better 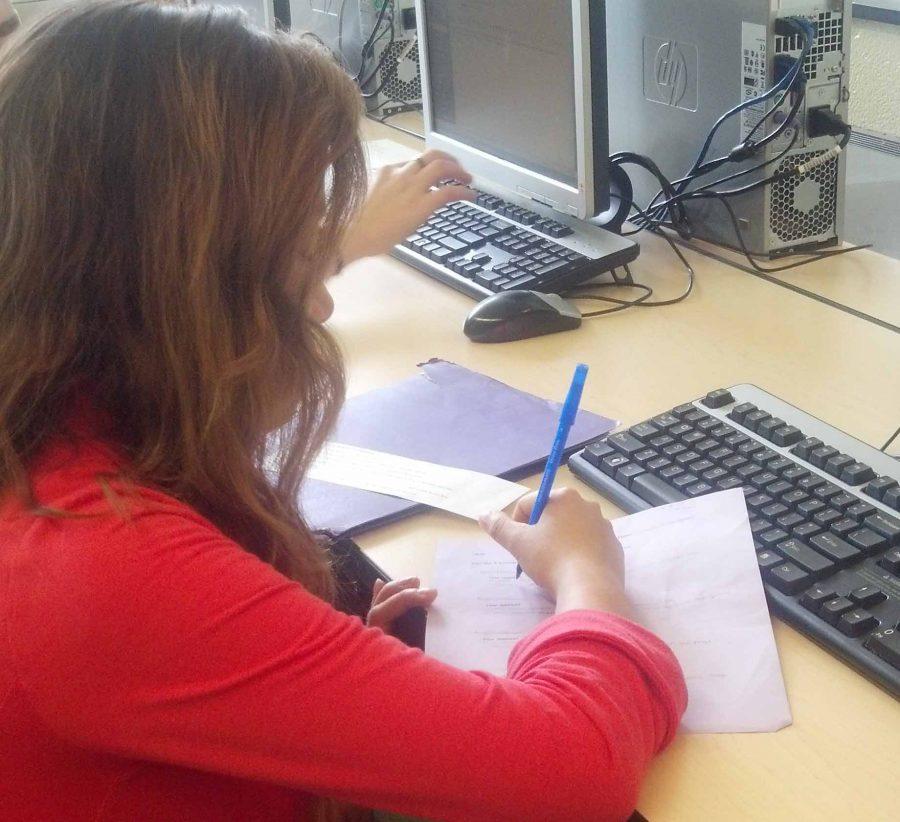 When you think back to your time in middle school, typically they are embarrassing and there are many regrets. It was like this for Jessica Rodriguez, a junior at Loy Norrix High School. Her journey from the dreadful years of middle school has been very eventful and she has turned her life around.

For Jessica, the people she surrounded herself with made a large impact. In middle school the friends she spent her time with did not care about grades, education or their future. This influenced her to begin to not care as much.

“They didn’t care how their life was going to end up,” Rodriguez said.

By the end of her school year, Jessica’s grades dropped dramatically as well as her motivation to succeed in school. This continued throughout the rest of middle school and started to develop once she was a freshman in high school. Her parents were constantly disappointed and upset with the way she was deciding to live her life.

“They knew I had so much more potential and they tried so hard to get me to understand,” Rodriguez said.

It wasn’t until the very end of her freshman year when she realized she had made very poor decisions.

Although it was going to be difficult to gain her credits back from her freshman year, she was determined to turn her life around. She left her old friends with a negative influence on her for different friends that encouraged her to do well in school. From sophomore year to junior year she has improved drastically. According to the Center for Studies in Higher Education, freshman grades have only a short-term effect of college performance.

She is enrolled in honors classes and plans to take AP classes her senior year. She also attends NovaNet, a weekly program afterschool in which you take an online class and receive school credit, to gain her credits back from freshman year.

It is crazy how just a few changes of the people you surround yourself with and the way you think about the importance of school can make your life better.

“I want to become either a pediatrician or a doctor that works with cancer patients,” Rodriguez said happily.

The Wall Street Journal explains that there will be an estimated 45,000 more doctors needed in 2020, making this a very good choice for Jessica.

She is pleased with her decision to work hard in school now so she can have a successful future.

Jessica has proven that it is never too late to fix your mistakes from the past. All that is needed is a positive environment and to never give up hope. Jessica wants to live her dream and all she has to do is try her best.