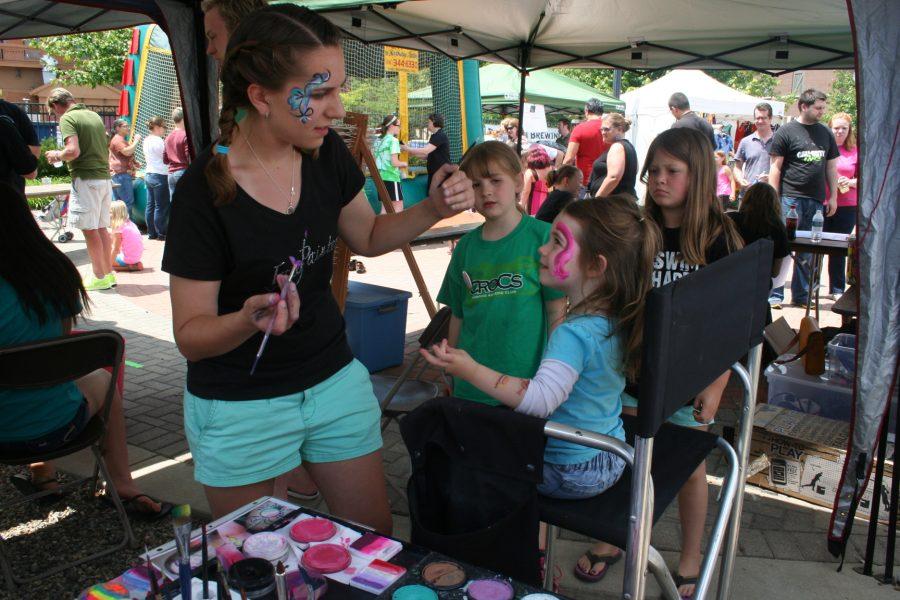 Saturday, June 8th,  downtown Kalamazoo was filled with all different kinds of people attending the June Jubilee. The day began with a parade for children called the Doo Dah parade consisting of silly, wacky floats appealing to the child’s eye. Candy was thrown, and children were in awe. The parade began at 11 am and ran down West Michigan Ave.

Art on the Mall featured over 90 artists from the Midwest, including jewelry, clothing, photography, and pottery.  Located on South Burdick (Kalamazoo Mall) it lead right into the KIA (Kalamazoo Institute of Art) Fair.

The Arts Fair went into its 62nd year this June. The fair included over 150 artists from 14 different states. The fair was held in Bronson Park which is the heart of downtown Kalamazoo. There was live entertainment  featuring Knotty Bits circus artists and Rhythm Master Cloggers on the Ionelli stage. Food vendors such as Gorilla Gourmet, Papa’s Sausage and Camzie’s Pizza were posted to for hungry customers.

From Bronson Park you could hear the booming Greek music from the Dionysos Greek festival across the way at the Arcadia  Festival Site. Hosted by Theo and Stacy’s, the event brings Greek culture to Kalamazoo. There is Greek food such as Gyros, Dolmades, Greek donuts, and Souvlaki. Bringing Greek culture to life there were belly dancers from the West Michigan School of Middle Eastern Dance. Levendes is an all Greek orchestra performed also. On Saturday there were things set up for children such as face painting, a bounce house and a puppet show.

All three of these events were a family oriented success.