An Interview with MLive Just for the Crew. 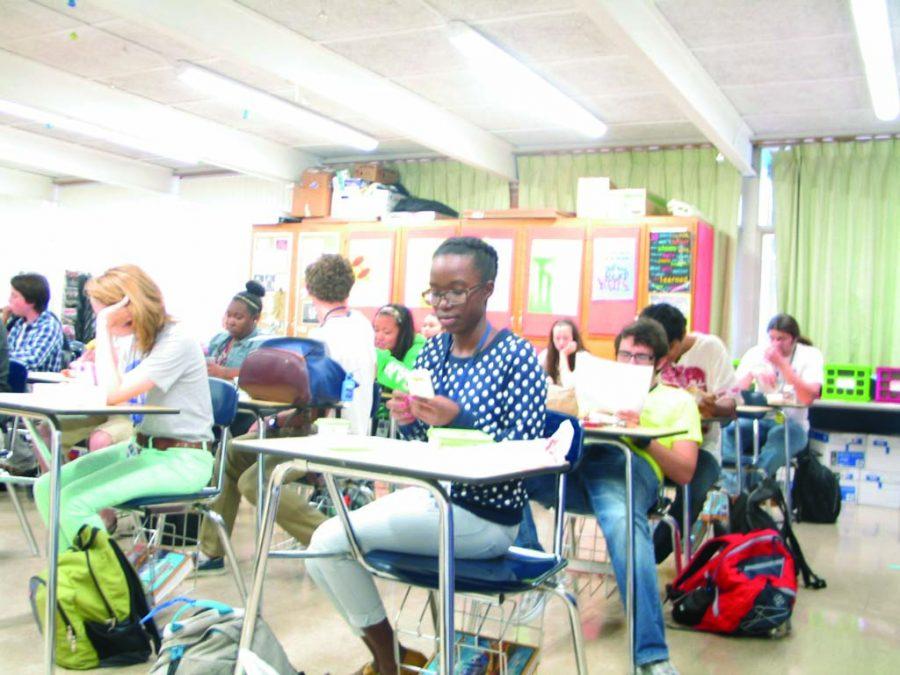 Photo By Irving Quintero Link Crew leaders have a meeting during lunch to discuse future events.

Being interviewed by a reporter from the Kalamazoo Gazette is a big deal.

You might have seen them, you might have talked to them, and you might even be one of them. Yes, they are wearing bright green shirts and yes, they are getting the word out there for people to know them. They are the Link Crew leaders.

Link Crew is a program in Loy Norrix High School made up of seniors and juniors. There are a total of 96 members that have been trained in problem solving, leadership, and life skills to help incoming freshmen feel welcome to their new home.

Loy Norrix High School Principal Rodney Prewitt was asked to name a program in Loy Norrix by journalist Julie Mack, which she could write an article about. Prewitt has many successful programs to choose from, like the drama club, forensic team, yearbook, or Knight Life, but one club came immediately to his mind. Link Crew met one important goal that he had set for the school: make the school more welcoming to all students and parents.

Julie Mack, a journalist who earned her degree from Michigan State University, has been working for the Kalamazoo Gazette since 1990 as a K-12 reporter and has worked as a journalist since 1981 and has a minor in education. Mack is doing a series of stories on high school programs and student stories.

“The idea of kids helping kids, the enthusiasm of the students and creating a positive community,” Mack said about what she liked the most about the Link Crew members she interviewed for her article. Mack also said, “I felt like they are really interested and that they like it.”

Mack had not heard much about Link Crew or another group that give this type of help. She would had liked her own kids to have been part of a program like Link Crew when they where in high school. Mack herself would have liked to have a similar program during her freshmen year to help her get more upperclassmen friends.

“I think is a great idea, there are many positives,” Mack continued, “It will be interesting to see how it all resolves.” Mack referred to her article by saying “Maybe some people will read the article and consider it” for other schools. Mack mentioned that maybe Principal Valerie Boggan of Kalamazoo Central might be interested in the program.