Track Athlete Throws the Discus, But Holds on Tight to Her Goals 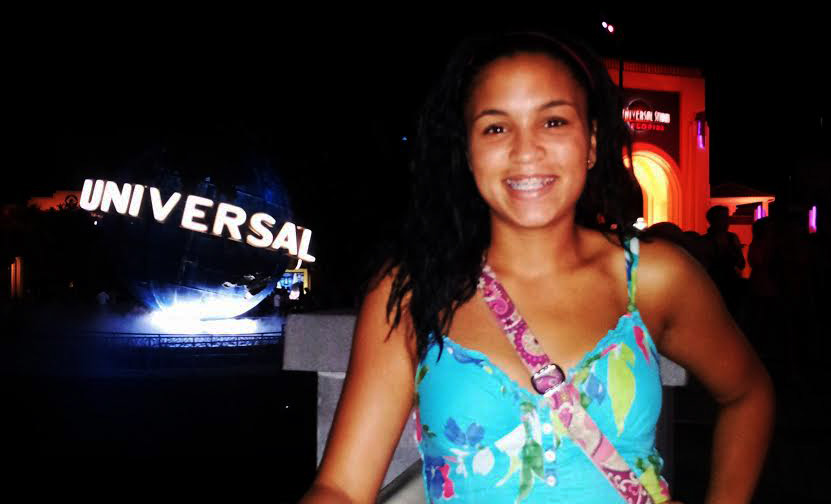 Don’t fall. Don’t throw up. Don’t fall. Don’t throw up.
Despite all her training and preparation, these worrying thoughts still manage to creep their way into her mind. Junior Savannah Pawlicki-Mason knows that once she stands on the track, waiting for the gun to blast, her mind will be empty. She has found peace. For a split second time slows, and then she takes off, compelled by the desire to succeed and improve her time. A quarter mile later she finishes with a new personal best of 71 seconds, reassuring her that this is where she belongs.
Pawlicki-Mason will begin her second year running and throwing the discus for the Loy Norrix Track and Field team this spring. She began as a sophomore looking for an activity to keep her busy after school. Pawlicki-Mason said Coach Bradford was looking for an athlete to fill a discus position. She captured that spot on the team, also bringing along a friend. She was new to track and field and had no experience with any of the events, but the team welcomed her as if she had always been a part of the team. She knows that her track team will always stand by her side.
“It’s the most positive group at Loy Norrix,” she said.  “Everybody is really supportive. Nobody judges, nobody fights, it’s a great supportive group.”
That atmosphere really shows during a competition. Track meets can be long and idle. The events take place in a certain order, so there’s plenty of downtime for the athletes. People just sit, laughing and talking.
Before an event, Pawlicki-Mason calms down and focuses on what she wants to accomplish that day.
Pawlicki-Mason said, “Before an event we stay relaxed and focused. Focus on a goal for that day. Make good goals besides just running fast.”
One of Pawlicki-Mason’s defining moments on the team was her first 400-yard dash, or a quarter mile.
“I wasn’t expecting it,” she said. “I was never a runner. I got really nervous. I was about to walk off the track. When I heard the gunshot, I took off. I was proud that I accomplished it. After [the race], I was shaky.”
Although Pawlicki-Mason runs the 400-yard dash, her main event is throwing the discus. She has gotten a lot of time to practice and feels good about discus. She explained how the event works.
“You hold on the top [of the discus], swing around and throw it. There are many techniques and ways to throw it. The goal is to get it the farthest in bounds,” said Pawlicki-Mason.
Pawlicki-Mason plans on continuing to participate within the sport through graduation. She can’t think of anything else she would rather do.
“It’s really fun, everybody is really cool, and it’s a great way to spend my time, ” she said.
Delete Image
Align Left
Align Center
Align Right
Align Left
Align Center
Delete Heading