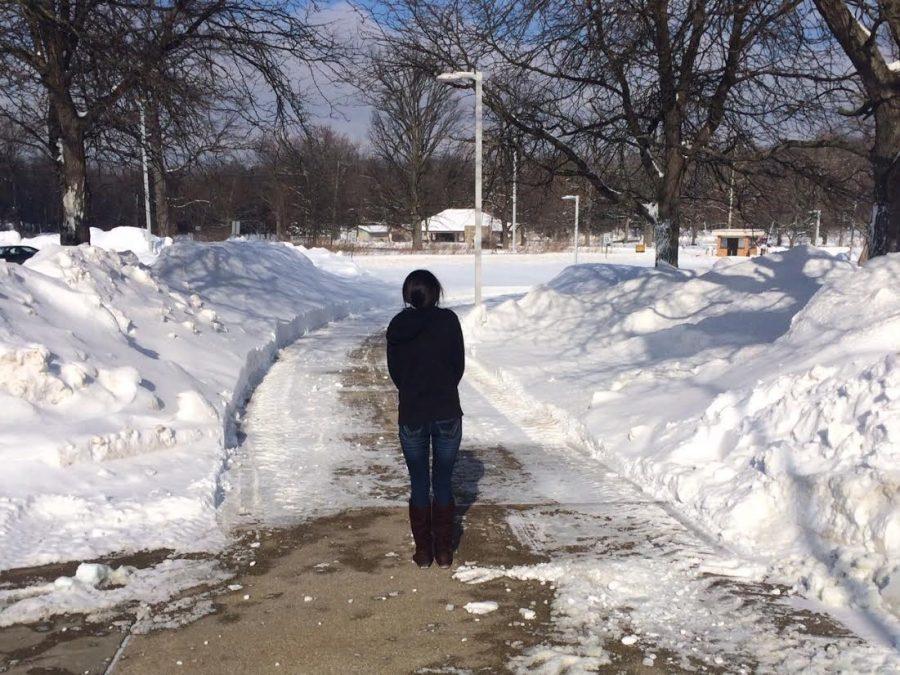 This winter, Monday mornings greet you with a windchill of -15 and a fresh foot of snow. Snow days seem like they are a regular occasion and car crashes are a consistent occurrence. This winter in West Michigan has been met with extreme conditions and lots of snow. Let’s just say its a lot worse than last year.

Michigan has always been known for cold winters, but 2014 has brought a new meaning to extreme. Snow plows are in constant use, and homeowners are always shoveling. The question that all West Michigan residents have been asking is, why is this winter so bad?

Some say global warming, some say the start of the end of the world, and many just don’t know. Our whole country has been experiencing a more sever winter season than normal. Just last week Atlanta, Georgia was slammed with an ice/snowstorm that caused the whole city to be put on stand still.

If winters from now on start becoming like this year, many things will have to change. Starting with schools, more snow and deadly temperatures lead to more snow days. School districts should plans ahead that they will have more snowdays than normal. The state should allow more than five snow days and exterminate half days, to ensure that students get the required time in school.

They should also hire more people to work on the snow plowing. Creating more jobs, and allowing the roads to be plowed off faster. With the amount of snow we have been getting, the side roads don’t get high priority on the plowing schedule, but many people who live on the side streets have the potential of getting stuck.

Winter with this year has been cold, snowy and windy. The weather forecasters are predicting February to be to the extent that January was. So dress warm, drive slow, and stay safe.