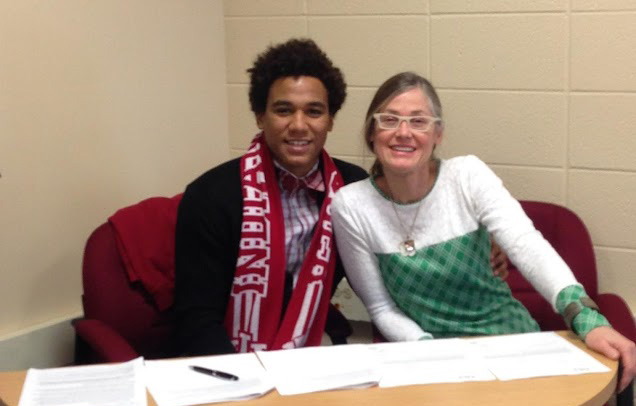 Jay’s journey as a Loy Norrix Knight began freshman year on the Loy Norrix Soccer team. He finished his first season on the team scoring 20 goals.  Needless to say, that is quite an impact for a freshman.  Since freshman year Jay scored 60 more goals for the Knight’s as well as earning the 2012 Michigan Soccer Player of the Year.

“When they recruited me they had just won the National Championship.  I figured at Indiana I had the best chance for success.”

To prepare for the challenge he faces at Indiana, Jay has been playing for the Vardar Academy soccer team.   Vardar is based in Detroit, Michigan, and Jay has to drive up twice a week for practice.

“The level of play at Vardar is unreal.  At every practice there are many eyes on you including US National team scouts.  You always have to bring your best.”

Although playing for Vardar is a large burden in terms of travel and expense, Jay knows that it is going to best prepare him for the level of play at Indiana.

“I feel like I’m ready.  I’ve put in the work, and it has paid off.  I can’t wait to finally put on my Indiana uniform.”