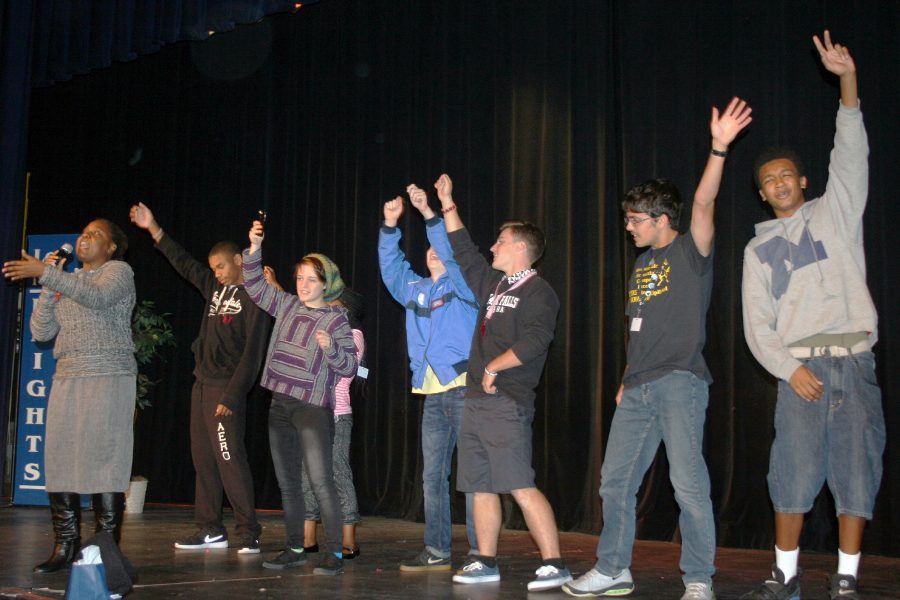 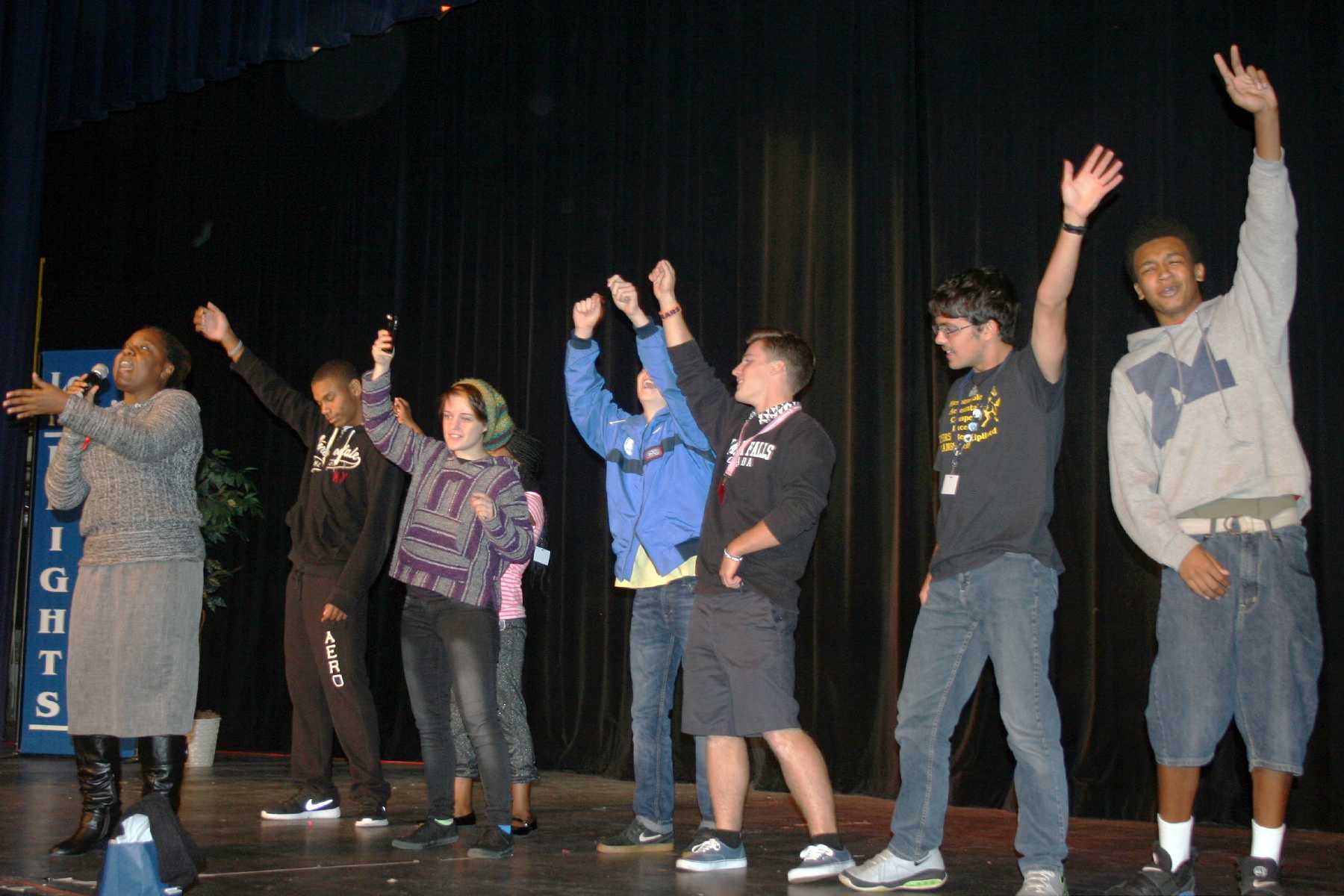 Hold up the lighters, “but I don’t smoke” states International Peacemaker Nicole Ashwood as she belts out reggae legend, Bob Marley’s song “One Love” with Loy Norrix students dancing atop the stage with her and others swaying in the aisles of our very own Kasdorf Auditorium.
International Peacemaker from the Caribbean Islands, Nicole Ashwood focuses on informing young people about gender-based violence and human trafficking in places all around the world. Influenced by Jamaican natives, Marcus Garvey, Bob Marley, her pastors, parents and most of all God, Ashwood visits countries across the seas spreading the non-violent themes she wishes to continue to advance further than the wind can take her.
“You may not travel the world in which I do,” spoke Ashwood, drawing wide circles with her fingers, “but you travel the world in which you exist.”
Ashwood believes that non-violence is something everyone can promote in their own lives and that each and every person is the one who can stand up and against violence in their own relationships. This includes all variations of violence including emotional, economic and physical.
Spun in the webs of misfortune, this woman who at just age eighteen became a student prefect. This is someone who other students look up to for both wisdom and advice. This was the start of her peacemaking career.
Indulging Loy Norrix students in the tales of world-wide individuals, real life horror stories emerged. These topics ranged from gun and knife violence to teenage pregnancy, gender-based violence, the drug trade and human trafficking.
Speaking of the tragedies and one woman’s story of her struggle against gender-based violence, Ashwood tells how the attempted defense of her children led the woman face to face with her husband, her abuser who slashed her open with the sharp edge of a machete when she opened the door in attempt to get her third child back.
“Her back was beautifully decorated in a spiderweb pattern from the blows of the machete,” painted Ashwood.
However, as gory and unfortunate as some instances may be, Ashwood chooses to focus on the more positive and peaceful aspects of life. She believes violence does not solve violence.
Putting a spin on a quote from Marcus Garvey, Ashwood spoke to students, telling them in order for their aspirations to come true, they need more than a wishbone; they need a backbone.
“[I want to remind students] that there are folks out there that need them to continue to do what they are doing.”
Ashwood wanted to speak with U.S. high school students at Loy Norrix to boost their personal self-confidence and keep them on the right track.
Ashwood is one to leave a positive impression, and after speaking with senior Darvious Wallace, he looks at his future in a more positive light. Wallace hopes to run track in college.
“[Ashwood] encouraged me to believing I could run track in college when I didn’t believe it in myself,” said Wallace.
Ashwood knows a thing or two about a student’s potential and is a very strong believer one person can make a difference.
“Every single solitary one of you is valuable. Every single solitary one of you is precious. Every single solitary one of you will amount to whatever it is you want to be,” said Ashwood.
Closing her time with students at Loy Norrix, Ashwood let the newly indoctrinated high schoolers repeat the vow.
Ashwood said, “I am a peacemaker, and where I am is a violent-free zone.”