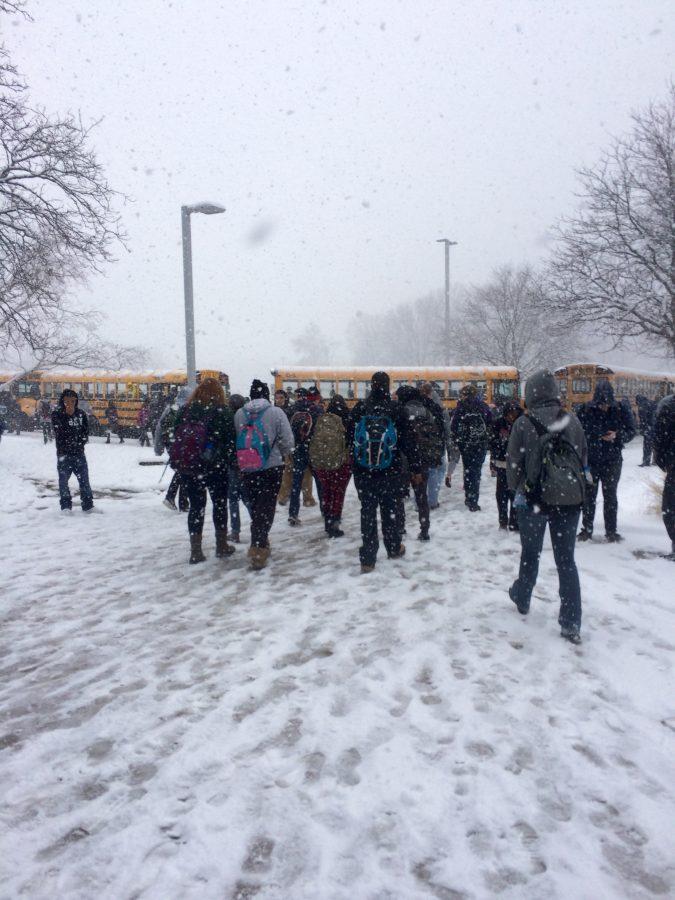 
I was walking outside after school on Friday and I couldn’t look up without getting blinded by snow. I had to keep my head done, even though I ran the risk of running into someone. It starts again. It’s that time of the year were the coats, gloves and hats come out of the attic and start to make their regular appearance. The first sticking snowfall of the Michigan winter made a big entrance. For some it’s the start to a winter wonderland, but to others its just 5 months of bad roads and flu infested air. Either way, winter in Michigan is inevitable.
“Growing up in the south, it doesn’t get that cold. I’m not used to it,” said junior Andrew Samuelson.
The weather in Michigan does get some getting used to.
“Snow means snow days” said sophomore Megan Platte
One thing that everyone can agree on though is the snow days. Last year, Kalamazoo Public Schools had about 10 days off due to the snow.
“[I like it it] because it’s bright and pretty” said sophomore Maria Egloff.
Even though the snow can make everyday life slower and more difficult, just seeing the beautiful first, non touched snow makes it all worth it (as long as you’re not feeling it’s wrath). This weeks snow storm is just a little taste what’s to come. Lets stay warm and prepare for the winter.
Delete Image
Align Left
Align Center
Align Right
Align Left
Align Center
Delete Heading