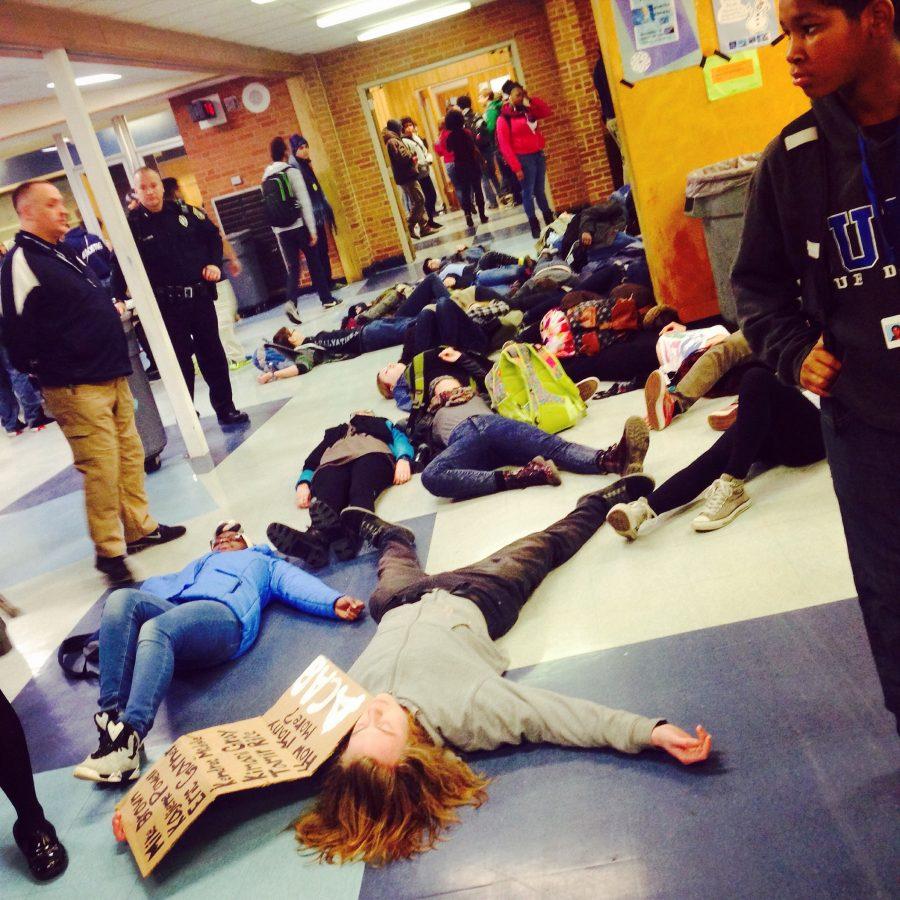 Walking into the Loy Norrix cafeteria on the morning of December 4th was not like any other this year. There was a group of thirty to forty students lying motionless on the ground, wearing the face of the dead. They remained silent for exactly four and a half minutes to symbolize the four and a half hours that Mike Brown was left dead on the streets of Ferguson, Missouri. At the end of the “Die-In” students started to chant, “Hands up, don’t shoot!”
This protest is referred to as a Die-In, in which the participants basically lay on the ground as if dead. This protest was planned to coincide with nation-wide protests following the killing of Eric Garner.
Garner was a resident of New York; he was illegally selling cigarettes on the street corner and did not stop when police asked him to. Backup was called in and Garner was put in a chokehold. He kept repeating, “I can’t breathe.” Garner was then taken to the hospital where he first fell into acoma and then passed away.
“I hope people will begin to realize that racism is still a huge issue. I encourage students to actually look into the details behind these killings because the media does not provide all of the information,” said senior Gabe Wikle, who helped plan the Die-In.
Racial profiling seems to be a huge issue in today’s society.
“I’m actually really surprised at how many people participated in the die-in because I got the idea last night at 10 p.m., so I didn’t think it would be as successful as it was,” said Wikle.
It is an amazing moment when students come together to speak out against what they believe is unjust.
Delete Image
Align Left
Align Center
Align Right
Align Left
Align Center
Delete Heading