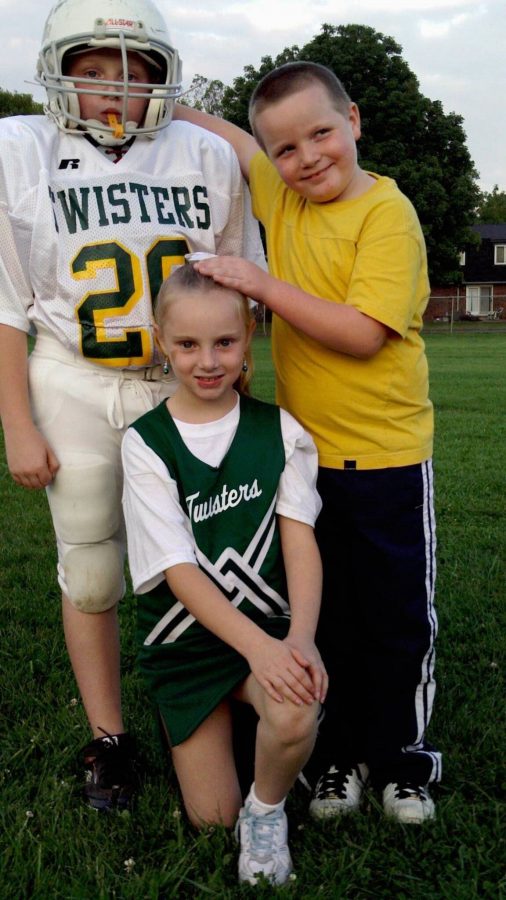 It’s the last football game of the season. He’s instructed to play left-field. He races to protect the ball, then wham! He collides with the opposing player, helmet-to-helmet.
Sophomore Chris Peck has been obsessed with sports, mainly football since he was ten. He wants to create an after-school club to discuss the big events on NFL.
“When me and my friends would watch a game, we’d have non-stop debates,” said Peck. “I’m always outside, [playing football].”
Then on October 24, 2014, on the last home game against Battle Creek Central, Peck rammed into an opposing player, head first, and suffered a third-degree concussion, his first one ever.
“I just kept playing kept playing, but I was getting a bad headache, so I knew something was wrong,” Peck said.
According to the CDC, a concussion is a type of traumatic brain injury caused by a bump, jolt, or blow to the head that affects how your brain normally works. Concussions can occur in any sport and is a very dangerous injury. In order to prevent any more injury, Peck was sidelined from the team for two weeks until his symptoms were no longer there.
When someone has a concussion, they should avoid bright lights or anything that stimulates brain activity and slows the healing process.
“I couldn’t watch TV, I couldn’t play video games, I couldn’t go on my phone,” said Peck, on his restrictions during the two-week suspension.
Although Peck was ordered to avoid electronics, he still played a few video games and texted his friends every now and then.
Peck wasn’t very surprised when he had his first concussion during a game.
“It’ll happen from time to time, but, I wouldn’t want it to happen again,” Peck said.